Every summer, family reunions jam park shelters, which rock with the sounds of laughter, the smell of fried chicken and the joys of good-natured ribbing among generations.

But one particular reunion in Harrogate, Tennessee, a small community in the heart of Appalachia, was different. In a corner of the park shelter a knot of people collected around a woman, who asked attendees their family history as a second woman transcribed feverishly in a binder. Then Dr. Ed Kasarskis, director of the KNI Multidisciplinary ALS Clinic, would draw blood and take a skin biopsy.

This family carries a gene mutation known to cause ALS, or Lou Gehrig's disease. ALS is a progressive neurological disease that affects the nerve cells in the brain and the spinal cord, eventually stealing from its victims the ability to walk, dress, write, speak, swallow, and breathe. Most ALS patients die within five years of diagnosis, and there is currently no cure.

This gene mutation is particularly cruel because while the average age of onset for ALS is about 65, people with this mutation tend to get ALS in their 30's and 40’s. The impetus for this particular reunion was to gather as much genetic material as possible to help a family member who was diagnosed last year at the tender age of 34.

The genesis of this reunion is actually 30 years in the making, when Kasarskis saw an ALS patient from Ewing, Virginia, who mentioned that several family members had died from what they were told was throat cancer, but whose symptoms-- weight loss, progressive weakness, inability to swallow-- matched that of ALS. About ten years later, he saw a woman with ALS from Somerset, Ky. Kasarskis noticed that she'd been born in Ewing, asked about her maiden name, and realized that she was related to his first patient.

Not long after he treated that patient, her son showed up in his clinic. Over time, as Kasarskis saw more ALS patients from the same geographic areas, he started to suspect that something genetic might be at play.

This was before personal email accounts were widely available. Kasarskis amassed a messy pile of handwritten diagrams in his effort to trace this family tree. "It was ridiculously old-fashioned," Kasarskis recalled, "and not terribly effective." He had to rely on word of mouth, phone calls and letters, taking several "Blood and BBQ" trips to eastern Kentucky to meet family members and persuade them to share their DNA.

That all changed in 2005, when research assistant Debby Taylor, who was using Ancestry.com to trace her own family tree, thought to use the website to trace this family too. She has now chronicled the family back to the mid-1800's. Taylor's work was so thorough that Kasarskis can visit with a new patient and recognize their name.

Taylor now accompanies Kasarskis on his Blood and BBQ trips, taking extensive family histories on each volunteer for later cross reference to Ancestry.com.

According to Kasarskis, the bigger question is: why do some family members with the mutation get ALS while others are spared? Kasarskis hopes he'll find the answer by analyzing DNA samples from this family -- and his Blood and BBQ trips are essential to gathering the genetic material he needs. This data represents a unique pedigree that might yield tantalizing information on the road to a cure.

Or not. Kasarskis points out that this exercise is based on a hypothesis that genetic modulation is at play. It might instead be an environmental irritant that spurs disease onset, which will require a whole new and challenging line of pursuit for answers. Either way, even a "no" answer is enlightening, he says.

"This is all part of the quest in the life of science," he said.

Watch this video to learn more about the process of Dr. Kasarskis’ research and to hear from the family members themselves. 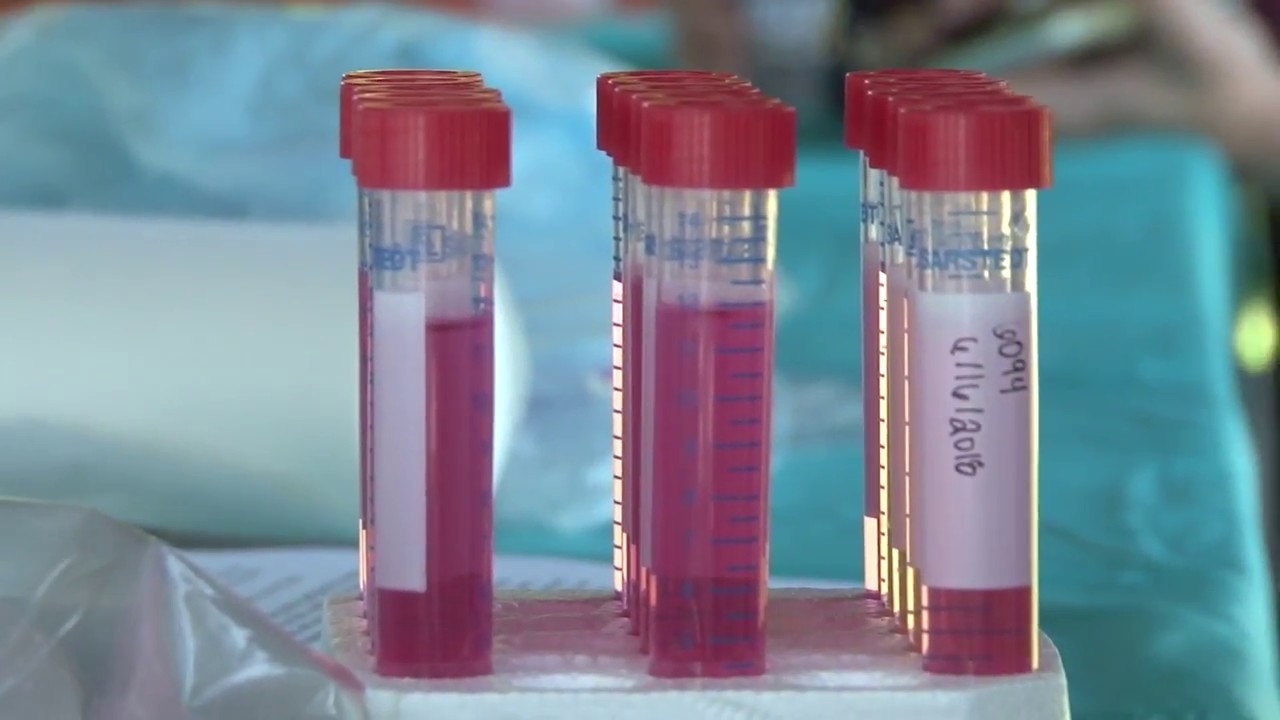 Dr. Ed Kasarskis on his "Blood and BBQ" road trips to further research into familial ALS