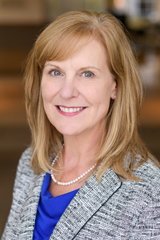 Moreland is a board-certified Nursing Executive and has more than 25 years of progressive nursing experience, including key management positions throughout UK HealthCare. She was appointed as chief nurse executive in the fall of 2019.

Moreland began her career as a child/adolescent psychiatry nurse and a staff nurse in obstetrics, before moving into supervisory and managerial roles. 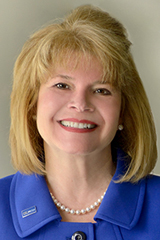 Heath was appointed dean and Warwick Professor of Nursing for the UK College of Nursing on Aug. 1, 2014.

She was formerly an endowed professor of nursing and the chief academic officer at the University of Virginia and Georgia Health Sciences University (formerly the Medical College of Georgia and now Georgia Regents University). She has provided academic leadership for Acute Care Nurse Practitioner and Critical-Care Clinical Nurse Specialist Programs at Georgetown University in Washington D.C. and at the University of South Carolina.

She has more than 38 years of acute and critical care nursing experience in various positions from staff to administration to advanced practice and academia. She has been awarded more than $12 million for academic and/or research initiatives, generated more than 150 publications and abstracts, and has served on numerous regional and national task forces for tobacco control and advanced practice nursing initiatives. Her primary research program of study involves workforce development using the Rx for Change: Clinician-Assisted Tobacco Cessation Curriculum to effectively intervene with tobacco-dependent populations in acute and primary care settings.

In addition, Dr. Heath served as a member of the board of directors for the American Association of Critical-Care Nurses (AACN), served as the inaugural chair for the Beacons of Leadership Initiative in Pursuit of Healthy Work Environments, a 30-hospital-wide collaborative in the Washington–Baltimore, area for the Greater Washington Area Chapter of AACN and founded the Nurses for Tobacco Control national coalition for nurse educators. 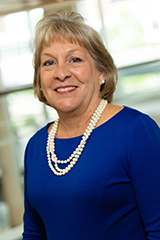 Patty Hughes is the chief nurse officer for ambulatory care, oncology, infusion services and pain management. She has more than 25 years of progressive nursing experience, including key management positions throughout UK HealthCare.

Prior to serving as assistant chief nurse executive, Hughes served as director of the oncology nursing service line (2009 – 2016), patient care manager for the Markey Cancer Center 2nd floor (2003 – 2009) and the clinical coordinator for the University of Kentucky Blood Brain Barrier Disruption Program (2000 – 2003). She began her career as a medical/surgical staff nurse before moving into supervisory and managerial roles.

Hughes holds a doctorate of nursing practice degree and is a board-certified nurse executive. She is a member of the American Academy of Ambulatory Care Nursing, American Organization of Nurse Executives, American Nurses Association, Kentucky Nurses Association, and Sigma Theta Tau International. Her areas of interest include patient-centered care, staff engagement, standardization of care across the continuum, and implementation of care models in ambulatory care settings. 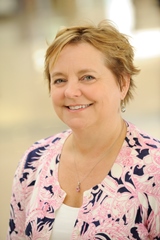 Julie L. Hudson joined UK HealthCare in September of 2013. Her prior leadership experience includes director of perioperative and endoscopic services at a community hospital as well as two level one trauma centers in the Midwest. Her 32 years of nursing practice includes clinical expertise in accreditation, intensive care, pediatric and perioperative nursing.

A native of Illinois, she began her career in a rural hospital in Crawford County. Hudson holds both associate and bachelor’s degrees in Nursing. She earned her master’s in Nursing Administration at the University of Illinois.

Hudson, a board-certified Nursing Executive has also be certified in perioperative nursing since 1990. She is a member of both the Association of Perioperative Registered Nurses and the American College of Healthcare Executives. She has served as president and board member for Urbana-Champaign AORN chapter, visiting clinical instructor at the University of Illinois, and has generated several national publications, abstracts and presentations. 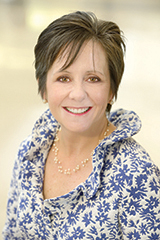 Brandy Mathews is the chief nurse officer at UK HealthCare for Good Samaritan Hospital as well as for the emergency services, and medicine and trauma service lines. Prior to assuming this role, Brandy was the administrator for capacity management and responsible for managing throughput activities and resources for the health care system. She has over 20 years of nursing experience, including more than 10 years of progressive leadership experience.

Mathews received her bachelor’s, master’s and doctorate degrees in nursing practice from the University of Kentucky College of Nursing. She also received a master of health administration from the UK Gatton School. Her research interests are primarily focused on the care of patients with mental health and behavioral issues in the hospital setting – specifically nurses’ perceived competency and clinicians’ self-efficacy and attitudes toward this patient population. 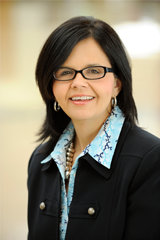 Kim Blanton is the chief nursing officer for cardiovascular services, neurosciences, interventional services and infection prevention and control. Blanton is a board-certified nurse executive with more than 23 years of progressive nursing experience, including key management positions throughout UK HealthCare.

Blanton completed her master’s in health care administration at the University of Phoenix in Arizona in 2009, followed by her doctorate in nursing practice at the University of Kentucky in 2020. She began her career in 1998, serving as a critical care nurse in the UK HealthCare neurology intensive care unit.

She took on multiple nursing leadership roles during her initial 11 years before leaving in 2008 to serve as director of critical  care nursing for Pikeville Medical Center. In January 2011, she rejoined UK HealthCare as a hospital operations administrator. Prior to accepting the chief nursing officer role, Blanton was the enterprise nursing operations director for the cardiovascular service line, interventional services and infection prevention and control. 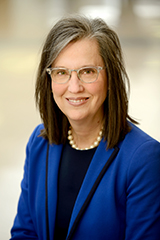 Isaacs holds a doctorate in nursing with a focus on qualitative research and is nationally certified as a nurse executive. She received training with the Center for Creative Leadership in Coaching to provide support to those in a leadership role. Isaacs continues working to provide opportunities for the professional growth and development of nurses at all levels of practice. Her interests include promoting a culture of quality and safety for our patients and staff in an environment of clinical inquiry. 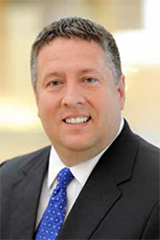 Marc Woods is a nurse executive with more than 27 years of progressive nursing experience, including key management positions throughout UK HealthCare and Eastern State Hospital.

He completed his master’s of nursing with a concentration in nursing administration in 2017 and is currently working on his doctorate of nursing, with a focus in executive leadership, at the University of Kentucky. Prior to working as assistant chief nurse executive in behavioral health, he served in numerous leadership roles at Eastern State Hospital, a facility managed by UK HealthCare.

In 2013, Woods played an integral role in transitioning Eastern State Hospital from its old location to the current facility on Bull Lea Road in Lexington, launching the collaboration with UK HealthCare. He has used that opportunity to move toward providing more integrated behavioral health care for the hospital’s patients in partnership with UK HealthCare.