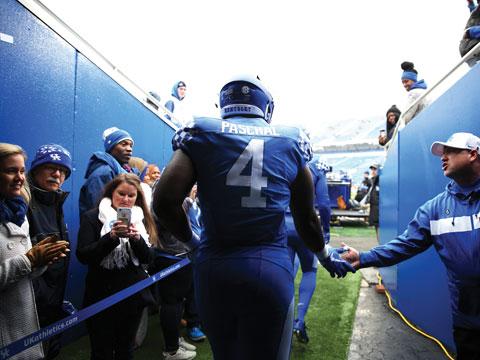 When Josh Paschal hits the football field in the season’s opening game, he will have some special fans cheering him on. They are the same people who have supported and cared for him at Markey Cancer Center–through surgeries and months of immunotherapy–after he was diagnosed with melanoma just over a year ago.

Sharon Martin, RN, remembers the first time she saw the 6’3”, 284-pound Paschal at Markey. “Here was this huge young man wearing a UK sweatshirt. When he told me he played football, it hit me. I said, ‘You’re defensive line. You’re the Josh who’s number 4.’ ” The oncology nurse nicknamed Giggles for her ability to make patients laugh is a Kentucky Wildcat season ticket holder. She and Josh have talked sports ever since. Read Josh's story » 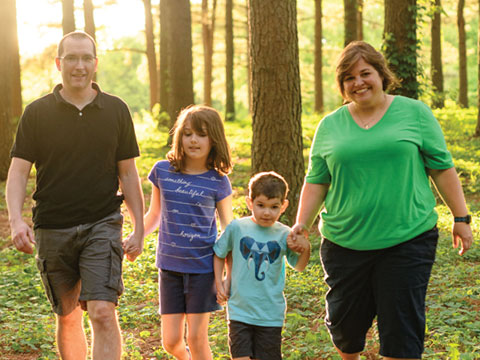 At 5 years of age, Max Middleton is 40 pounds of pure childhood enthusiasm, with a zest for life and a passion for WWE wrestling.

In corner two, his arch nemesis, Type 1 diabetes. Big sister and sidekick, Kara, 9, has been fighting alongside Max since she was diagnosed with Type 1 at age 5. One of their biggest fans, Dad, JC, is also their coach, mentoring them from his own life experience with Type 1 diabetes, diagnosed at age 29.

Mom, Lisa, manages it all, ensuring that everyone has what they need to win a good, clean fight. Read the Middletons' story » 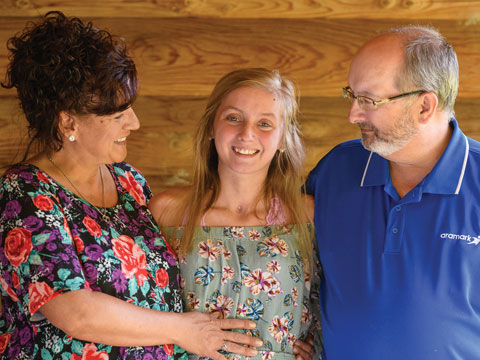 A Spark for Life

Breanna Jessie’s feisty spirit has long been her best medicine in dealing with cystic fibrosis. But when the disease devastated her lungs, she got a second chance at life thanks to the experts at UKHealthCare.

A firecracker. A spitfire. That is how Breanna Jessie’s care team members at UK HealthCare consistently describe this one-of-a-kind 20-year-old young woman who has battled cystic fibrosis (CF) her whole life. Diagnosed at the age of 3, Breanna has always drawn on her trademark high energy and gutsy determination in facing CF’s increasing impairment of her respiratory and digestive systems. Read Breanna's story »

Leading cancer care in the Commonwealth

Your ally in diabetes care and prevention