After performing CPR on a patient in the intensive care unit for an hour, Wayne Lipson, MD, chief physician executive at Baptist Health-Madisonville made a call to the ECMO transport team at UK Albert B. Chandler Hospital. 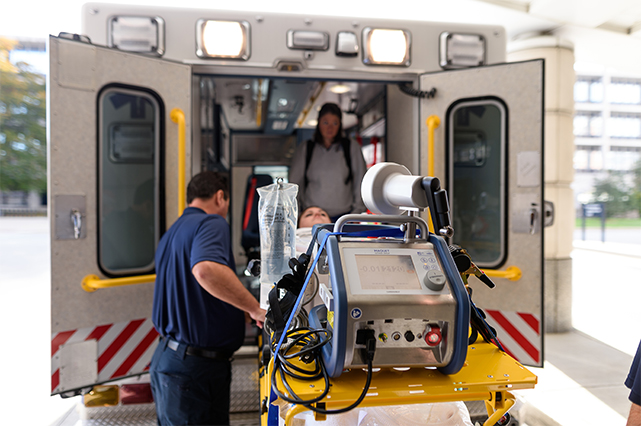 In the meantime, Dr. Lipson’s medical team connected the patient to the hospital’s ECMO, or extracorporeal membrane oxygenation, device. Dr. Lipson knew a swift transport to the resources and expertise at Chandler Hospital gave his patient at least a slim chance at survival.

"For us and the patient, it was absolutely the best-case scenario," said Dr. Lipson, chief physician executive at Baptist Health-Madisonville.

Doctors throughout the Ohio Valley Region transfer patients on ECMO or in need of ECMO to Chandler for advanced subspecialty cardiovascular care or respiratory intervention. Dr. Michael Sekela, a cardiovascular surgeon and director of Mechanical Circulatory Support at UK, assembled the ECMO transport team to fill this need for patients around the region.

"Once the knowledge of this service is widespread, we may become one of the premier centers in the country," Dr. Sekela said.

The team consists of a lead nurse with intensive ECMO training in the CVICU, a paramedic, a perfusionist and an EMT. In some cases, the surgeon travels with the team to intervene if complications arise during the transport. 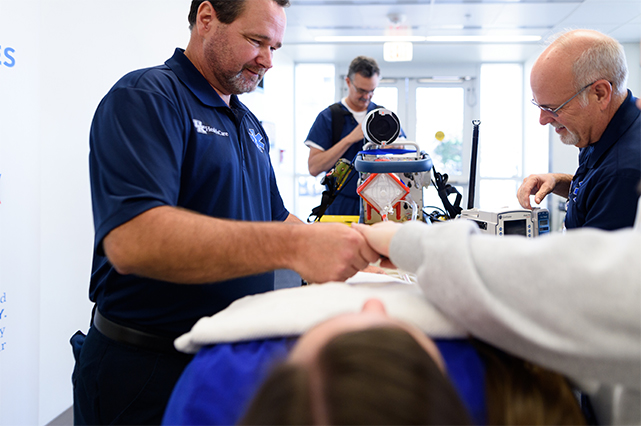 Another advantage offered by the UK ECMO transport team is the ability for referring doctors to communicate information to the transport unit. Third-party transport units did not provide a direct line of communication between the referring hospital and UK. With a perfusionist on hand, the ECMO transport team is able to connect the patient to UKHC’s ECMO device rather than taking the referring hospital’s equipment on board. The team also facilitates connecting a patient to ECMO for hospitals that don’t have the technology.

"It’s not necessarily the end when you have a partner that you can help with that bridge," he said. "And that is exactly what Dr. Sekela and his team are. They were only people in the state that were set up to take those patients to help us out."