Each year, researchers from the University of Kentucky and other regional institutes share their current findings and ongoing research about the alarming rise in obesity and diabetes rates at the Barnstable Brown Diabetes Center Diabetes and Obesity Research Day.

(Note: When opening the registration form, please use Google Chrome or Firefox for best results.)

Abstract Submissions:  Additional poster instructions will be shared with those who have submitted an abstract.

Please note:  We are planning for this event to be in-person at the University of Kentucky in the Healthy Kentucky Research Building but will continue monitoring the potential impact of COVID-19.  If alternative arrangements need to be made those will be communicate to all interested parties. 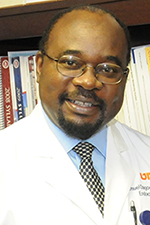 Sam Dagogo-Jack, MD, DSc, is the A.C. Mullins Endowed Professor and Chief of the Division of Endocrinology, Diabetes and Metabolism at the University of Tennessee Health Science Center (UTHSC), Memphis, Tennessee. He also serves as Director, Clinical Research Center, and Senior Associate Vice Chancellor for Research at UTHSC. Dr. Dagogo-Jack’s current research interests focus on the interaction of genetic and environmental factors in the prediction and prevention of prediabetes, diabetes and diabetes complications.

He is principal investigator of multiple NIH-funded studies, including the Diabetes Control and Complications Trial/ Epidemiology of Diabetes Interventions and Complications (DCCT/EDIC), the Diabetes Prevention Program (DPP)/DPP Outcomes Study (DPPOS), the Pathobiology of Prediabetes in a Biracial Cohort (POP-ABC)/ Pathobiology and Reversibility of Prediabetes in a Biracial Cohort (PROP-ABC), and the Ceramides and Sphingolipids as Predictors of Incident Dysglycemia. Dr. Dagogo-Jack’s publications include nine books, 23 book chapters and more than 500 scientific papers in peer-reviewed journals.

He is a past president of the American Diabetes Association and a recipient of the Banting Medal for Leadership from the ADA, the Distinction in Endocrinology Award from the American College of Endocrinology and the Discover Award, the highest honor from the University of Tennessee President for outstanding research contributions. 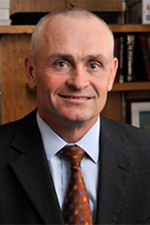 SF-1 Targets in the Hypothalamus: A Molecular Link Between Energy Balance and Exercise

He currently serves on the editorial boards of several major scientific journals. He has served on numerous NIH study sections including the NIDDK Advisory Council from 2016–2019. In 2008, the Endocrine Society awarded him the Ernest Oppenheimer Award. In 2014, he was chosen by the American Diabetes Association as the recipient of the Outstanding Scientific Achievement Award supported by Eli Lilly and Company. In 2014, Dr. Elmquist received the Mentor of the Year Award from the National Postdoctoral Association, in recognition of exceptional mentoring of postdoctoral scholars. 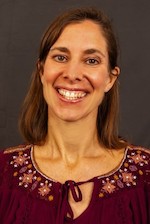 Kristen Nadeau, MD, MS is a Professor of Pediatric Endocrinology at the University of Colorado (CU). Her research focus is on reducing long-term complications of pediatric diabetes, inactivity and obesity in youth, including mechanisms of insulin resistance (IR), β-cell dysfunction, and cardiovascular (CVD), hepatic and renal disease.

Dr. Nadeau has held many local and national research and mentoring leadership positions, including her current roles as CU’s NIH Diabetes Research Center’s (DRC) Clinical Research Core Co-Chair, Pediatric Endocrinology and Bariatric Surgery Research Director, and CCTSI Scientific Advisory and Review Council (SARC) Co-Chair. In addition to local JDRF, ADA, AHA and NIH-funded studies of mechanisms of insulin resistance in type 1 diabetes and studies of adjunctive medication therapy aimed at improving insulin resistance and reducing cardiovascular disease risk, she was Pediatric Chair of the Pediatric Chair of the NIDDK multi-center U01 RISE study of β-cell preservation in youth and adults, a leader in NIDDK’s Treatment Options for type 2 Diabetes in Adolescents and Youth (TODAY) U01 study since its inception in 2002 and Chair of the Helmsley Foundation and JDRF-funded multi-center study of metformin and insulin sensitivity in obese youth with type 1 diabetes. In these studies she helped demonstrate the key role of insulin resistance in cardiovascular and renal disease in both type 1 and type 2 diabetes and demonstrate that youth-onset type 2 diabetes is more aggressive and treatment-resistant than adult-onset diabetes. She is currently Co-PI of a 2-site R01 study of the impact of bariatric surgery in youth with T2D, and holds an NIH K24 grant focused on developing and mentoring a pipeline of diverse clinician scientists to enter research careers in diabetes and CVD, with nearly 100 mentees to-date across multiple departments and levels of trainees, focused on diabetes, IR, CVD, DKD, PCOS, sex differences and differences across the lifespan.

Finally, she is passionate about advocacy for the underserved and encouraging a pipeline of diverse clinician scientists to enter research careers, including directing the Mentored Scholarly Activity (Longitudinal Research Course) for CU’s Medical School. Dr. Nadeau is a past recipient of the University of Wisconsin Medical School Outstanding Alumni Award, the WSCI Mayo Soley Award, and several CU mentoring awards. In 2021, she was elected to the American Society of Clinical Research (ASCI), received the American Diabetes Association’s Outstanding Scientific Achievement Award and the Juvenile Diabetes Research Association Mary Tyler Moore and S. Robert Levine MD, Excellence in Clinical Research Award.