What you need to know about
stroke

What you need to know about stroke

A stroke, or brain attack, happens when a blood vessel carrying oxygen and nutrients to the brain is blocked by a clot (ischemic stroke) or bursts (hemorrhagic stroke). When an artery is blocked, the brain can’t get the blood and oxygen it needs. Brain cells can die from the lack of blood and oxygen.

Ischemic strokes are the most common type. There are three types of blood vessel blockages in the brain or neck that cause ischemic strokes: 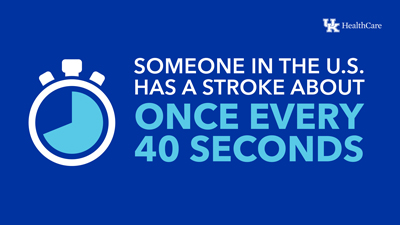 If a blood vessel bursts inside your brain, a hemorrhagic stroke can take place. Approximately 20 percent of all strokes are hemorrhagic strokes. Damage occurs either because of the blood that leaks into the brain or because the fluid increases pressure on the brain. This hurts your brain by pressing it against the skull or the brain stem.

A stroke may also occur because a brain aneurysm, or a weak area in the wall of an artery that supplies blood to the brain, ruptures.

Stroke: who's at risk?

Stroke deprives the brain of blood, killing brain cells and often leading to disability or death. This serious condition is all too common nationally and in Kentucky. Studies show who and how many are having strokes, and they also indicate the reasons why.  You can act now to reduce your chances of suffering a stroke and avoid becoming part of these statistics.

Stroke is the fifth-leading cause of death in the United States, killing about 140,300 people annually. That’s one of every 20 deaths in the nation. How common is stroke? 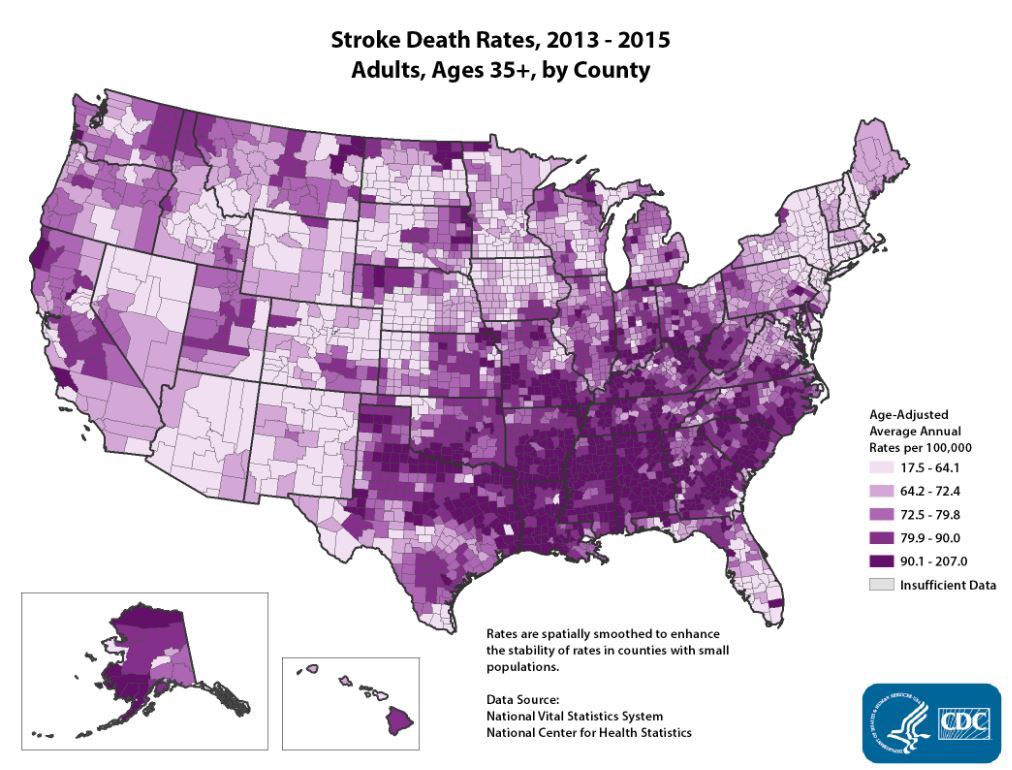 U.S. Stroke Death Rates 2013-2015 for adults 35+ by county showing prevalence of stroke in Kentucky; up to 207 deaths per 100,000 in many counties. Data Source: National Vital Statistics System; National Center for Health Statistics.

Kentucky tied for 12th among the states in the number of stroke deaths in 2015 with 2,050. Stroke was the fifth-leading killer in the state behind cancer, heart disease, chronic lower respiratory disease, and accidents.

A report prepared in 2017 for the state government analyzed stroke statistics for Kentucky for 2015. Here’s some of what it found:

High blood pressure, high cholesterol, diabetes, cigarette smoking, obesity, and irregular heartbeat are all top risk factors for stroke. That means anyone with one or more of those conditions is more likely to have a stroke.

Of those who had strokes in Kentucky in 2015:

Reducing your chances of having a stroke

Your lifestyle choices can help determine whether you will suffer from a stroke. Here are some steps you can take immediately or in the near future:

In Stroke, Timing is Everything »