Technology plays an enormous role in advancing the quality and effectiveness of medical treatment. New technology tends to arrive first in larger, academic medical centers and subsequently spreads into the smaller city and community hospitals. As the technology continues its march to the far corners of the world, many academic hospitals consider it a moral responsibility to support the smaller hospitals, much like a big sister teaches her little sister how to ride a bike.

ECMO is a fitting example of this process. Extracorporeal membrane oxygenation (ECMO) technology provides emergency mechanical support for desperately ill patients by mimicking the natural function of the heart and lungs. This allows the patient to rest and heal from a variety of severe cardiac and respiratory illnesses, such as flu, pneumonia, cardiomyopathy or heart attack. External pumps and oxygenators remove carbon dioxide from the blood, replace it with life-saving oxygen and then return it to the patient’s circulatory system. The patient’s heart continues to beat, but stress on the heart and lungs is diminished because the ECMO machine does much of the pumping. While ECMO doesn’t fix the underlying problem, it supports the patient hemodynamically until they can get treatment or heal on their own.

A patient on ECMO is supported around the clock by a large, highly coordinated team, including specialized nursing care, nurse practitioners, physicians and perfusionists, as well as respiratory, physical and occupational therapists. It’s an expensive process, and hospitals with smaller patient volumes often cannot support its cost.

As the technology has been adopted by more hospitals around Kentucky, they have turned to UK HealthCare for support. UK HealthCare has been using ECMO to treat its patients since 1993, and today it offers an innovative, coordinated program to assist surrounding hospitals.

Getting the Program Off the Ground

Michael Sekela, MD, now surgical director of the UK Gill Heart & Vascular Institute, first conceived the idea of ECMO transport in the early 1990s. But at that time, ECMO technology had not yet matured. “It took a long time to get the ECMO technology reliably to that level,” he said, “and it is best undertaken by a hospital with high treatment volumes and a relatively large catchment area.”

2016 data from Vizient (a think tank of hospitals around the country that embrace information sharing for performance improvement) ranks UK HealthCare No. 10 in adult ECMO patient volume, treating more patients than centers with loftier reputations, such as Cleveland Clinic, Mayo Clinic and Johns Hopkins.

As Sekela’s email inbox filled with requests for help, he recognized the need for a more formal model to support smaller hospitals and the patients they serve. “There is a large unserved need, as many institutions do not have the infrastructure in place to embrace this service,” he said. “We have the skills and the resources, and we already serve large swaths of regional and rural hospitals in and adjacent to Kentucky.”

But building such a program from the ground up would be no easy feat.

For more than a year, a team at UK HealthCare worked on a blueprint for transferring ECMO patients safely to UK. The team included Sekela, Dr. Jay Zwischenberger (chairman of the Department of Surgery), Dr. Paul Tessmann, Dr. Anil Gopinath and Patti Howard from Emergency Medicine, as well as EMS Manager Matt Ward, Mechanical Circulatory Support (MCS) Manager Julia Akhtarekhavari, MCS Coordinator Thomas Tribble and Chief Perfusionist Chuck McClendon. The plan had to support multiple scenarios (hospitals that offered ECMO but could not support a patient long-term, and hospitals that did not offer ECMO but had a patient who needed it). Any patient transport needed the space and equipment to accommodate a highly skilled team of EMTs, paramedics, critical care nurses trained in ECMO, and perfusionists. If the patient was at a hospital without an ECMO service, a surgeon was added to the transport to connect the patient to the ECMO equipment before they were transported to UK.

UK is the only center in Kentucky offering adult ECMO transport – in fact, you’d have to travel more than three hours in any direction – as far east as Charlottesville, as far north as Indianapolis, as far west as Nashville – to find another center with the same service.

Initial response to the fledgling program has been extremely positive. Wayne Lipson, MD, a cardiothoracic surgeon at Baptist Health in Madisonville, Ky., says the service helped save one of his desperately ill patients earlier this year. He describes the transfer process – from the phone call to patient transport – as seamless. “Mike [Sekela] showed up with his team at 2 a.m., less than five hours after we made the call,” he said. “Transporting a patient like this is a very difficult process, and it’s a testament to UK HealthCare that their system is so responsive.”

“Having this service available enables our team to treat more complex patients closer to home. We are armed with the knowledge that the UK HealthCare team will support us when we need it,” Lipson said

Sekela credits the team’s methodical approach to transport issues and meticulous planning and training for the service’s fantastic early success.

“This program exemplifies the collaborative culture at UK,” Sekela said. “Many months of planning and training with Emergency Medicine, Cardiovascular Surgery, Nursing and Perfusion were significant factors in the program’s success.” 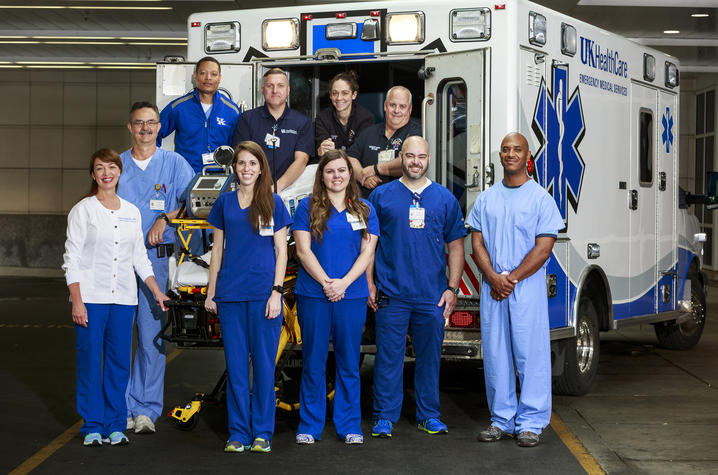 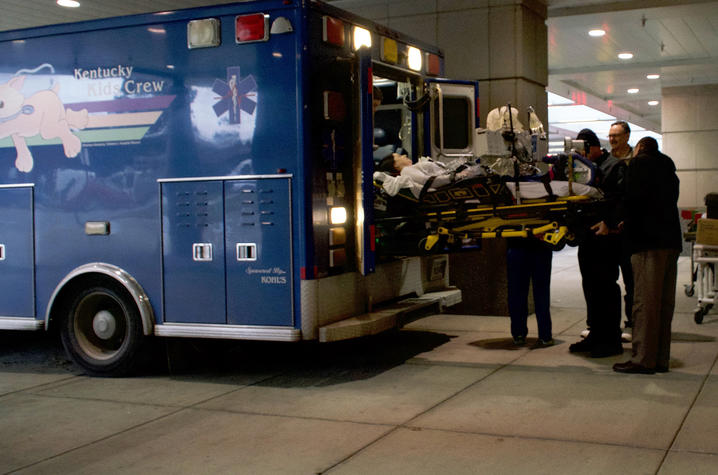 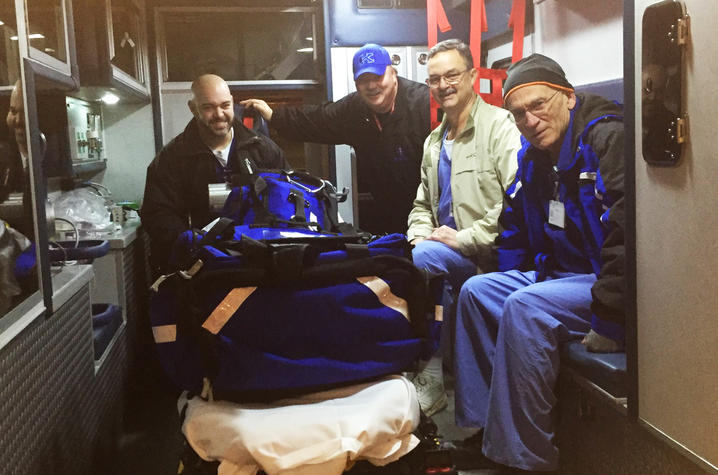