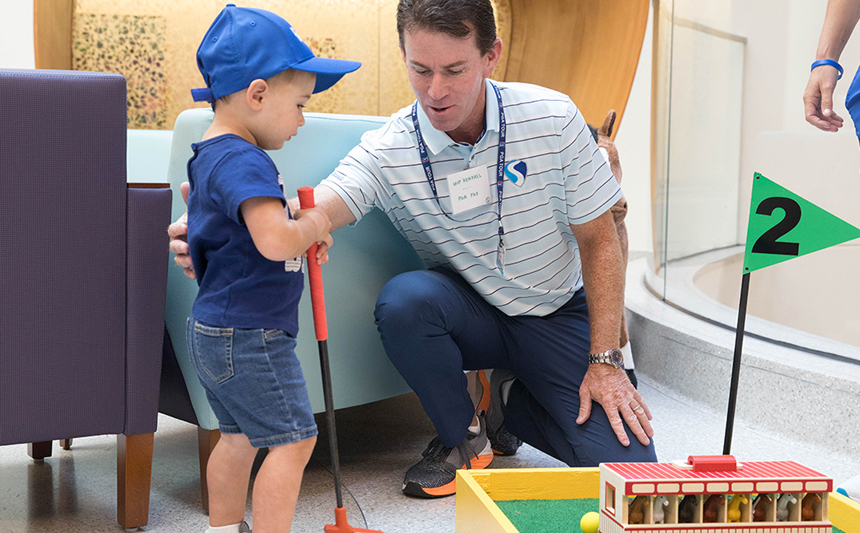 Patients team up with pro golfers in mini-tournament at KCH

Don’t miss the photo gallery at the end of this post!

In the spirit of the PGA Barbasol Tournament being held this week at Keene Trace Golf Course in nearby Nicholasville, young patients played their way through a nine-hole course at Kentucky Children’s Hospital.

Assisted by a volunteer “caddy,” the young golfers started in the KCH lobby before moving to the corridors and playrooms in the inpatient unit. At each hole, they were coached by PGA players and UK student athletes. While some liberties were taken with the rules, every player got a round of applause when sinking their putt, no matter how many strokes were needed.

“We are so grateful to be able to be a part of this mini golf pro-am here at the UK hospital,” said UK Women’s Golf Coach Golda Borst. “The girls that are in town over the summer jumped on this opportunity and have been looking forward to being around the children. Our UK hospital truly is one of the best in the country, and we are so excited to be bringing the game of golf to the Children’s Hospital.”

Under the direction of UK Men’s Golf Coach Brian Craig, 2-year-old Sam scored a hole-in-one. Coach Borst and PGA golfer Skip Kendall coached young players through the challenging obstacles at hole two. And UK mascot Scratch was on hand to cheer the patients to victory.

“What a great partnership between the Barbasol Tour event and the Kentucky Children’s Hospital,” Craig said. “The PGA Tour helps children in their local communities like no other professional sports organization. It’s an honor to play a small part in that mission on Wednesday with the children at the hospital in a golf-themed event.”

UK HealthCare has been named one of the official sponsors of the Barbasol PGA Championship being held July 16-22 at Champions at Keene Trace in Nicholasville. The tournament will be broadcast live each day on Golf Channel and one of only 45 regular-season tournaments before the FedEx Cup Playoffs.

PGA Tour events generated more than $180 million for charities in 2017 and have now raised an all-time total of $2.65 billion for charity. Kentucky Children’s Hospital is a featured charity of the tournament.

“Kentucky Children’s Hospital is honored to be the official charity benefiting from The PGA Tournament,” said Dr. Scottie Day, physician-in-chief at KCH. “To see PGA golfers come out and interact with the patients this way goes above and beyond their commitment to local communities. We are grateful to the golfers and the coaches and players from UK Athletics who came out to create a fun opportunity and atmosphere.” 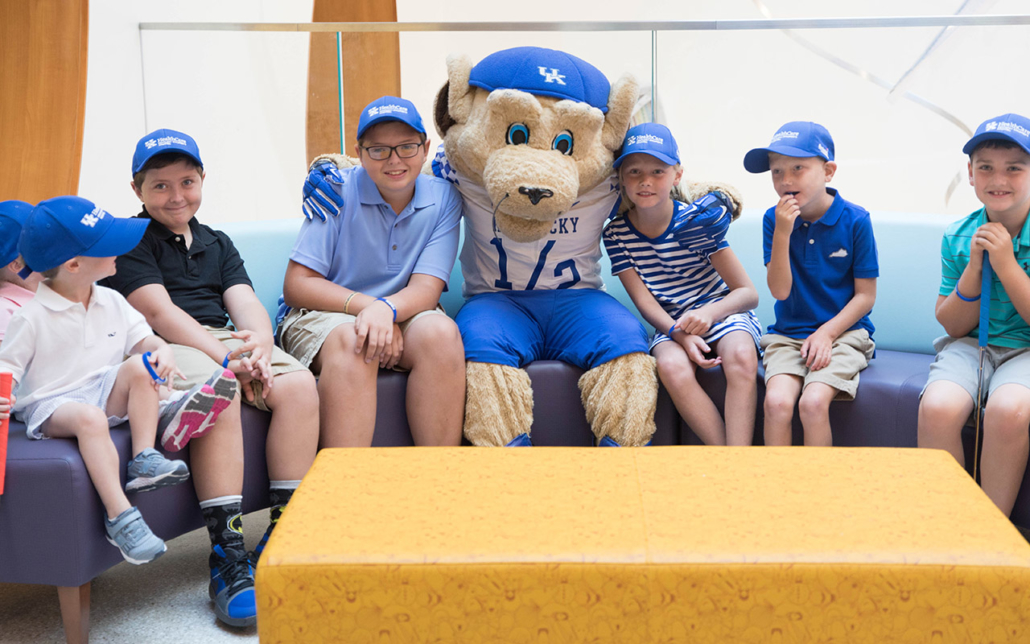 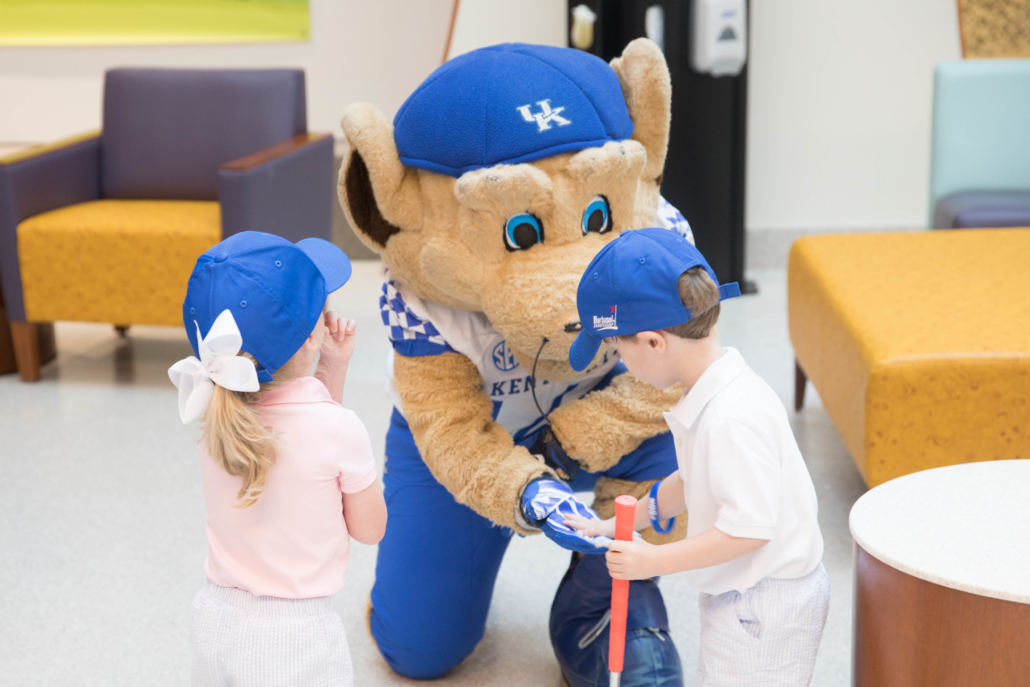 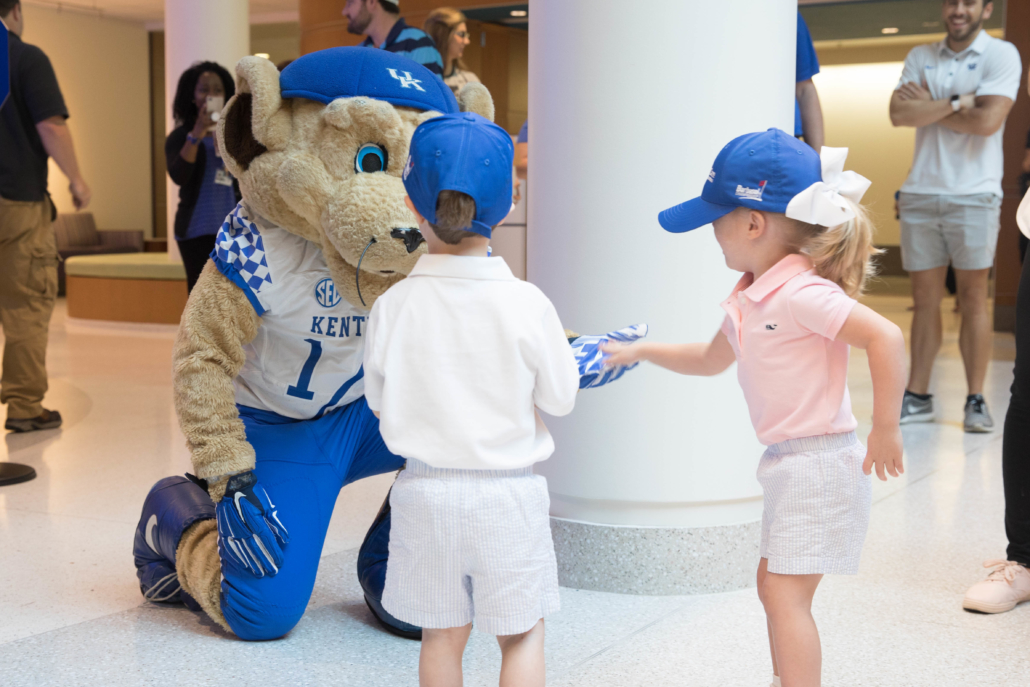 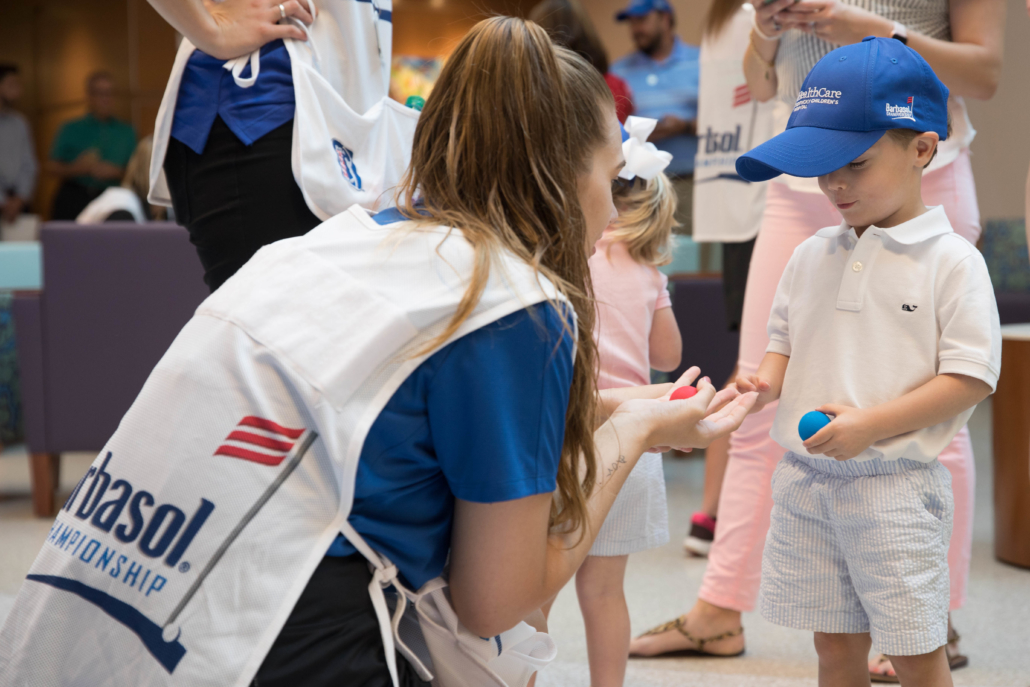 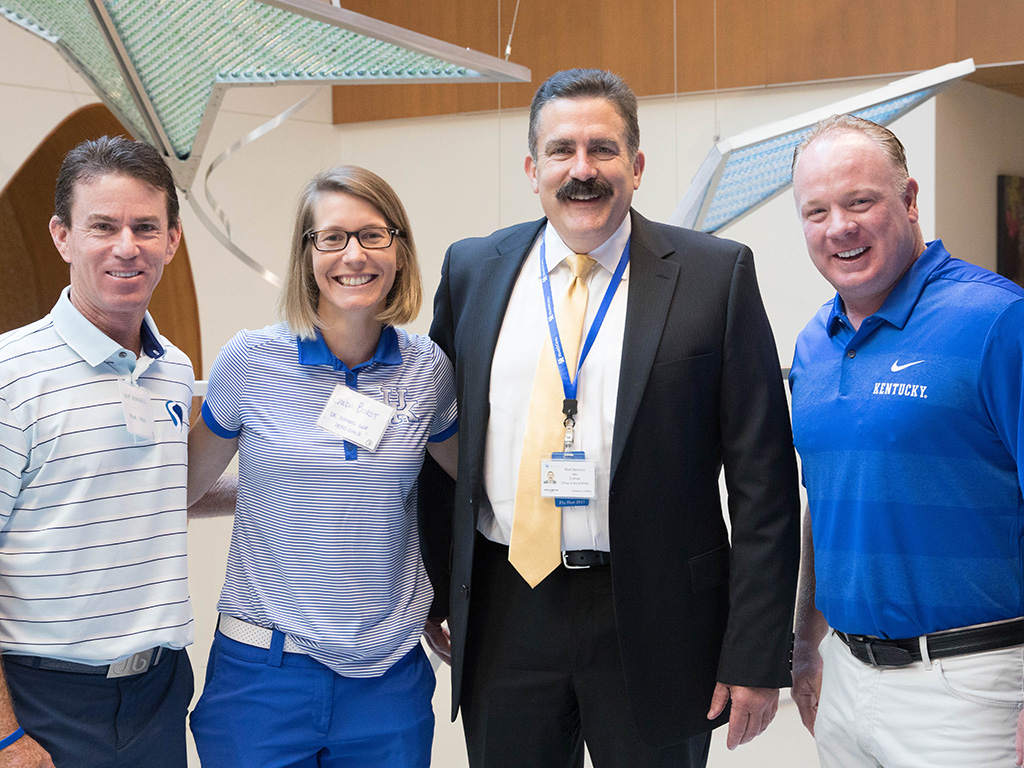 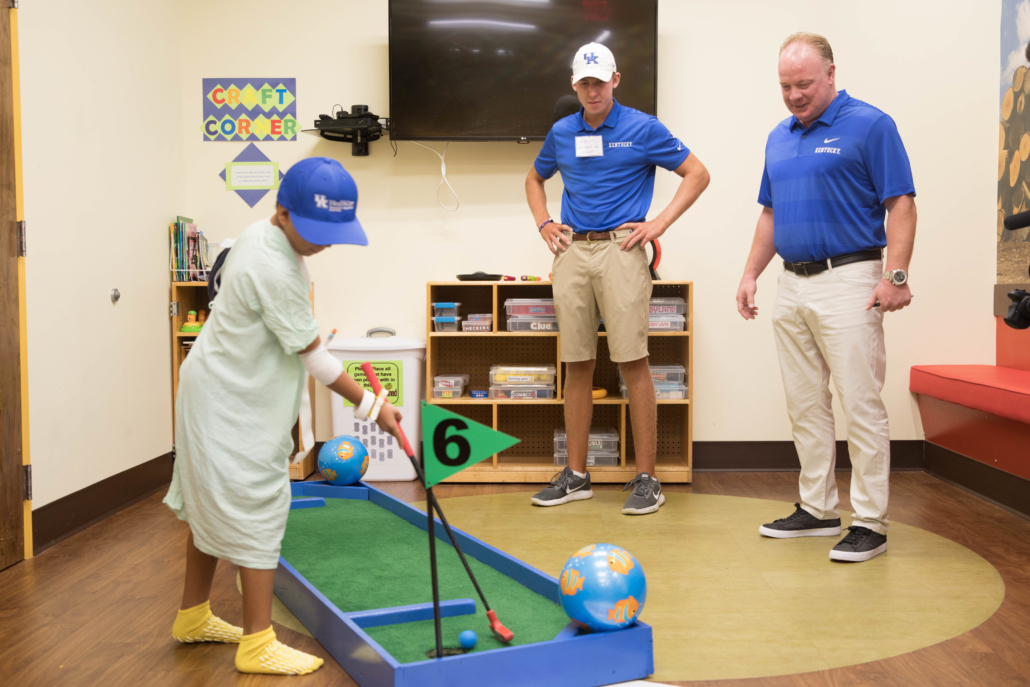 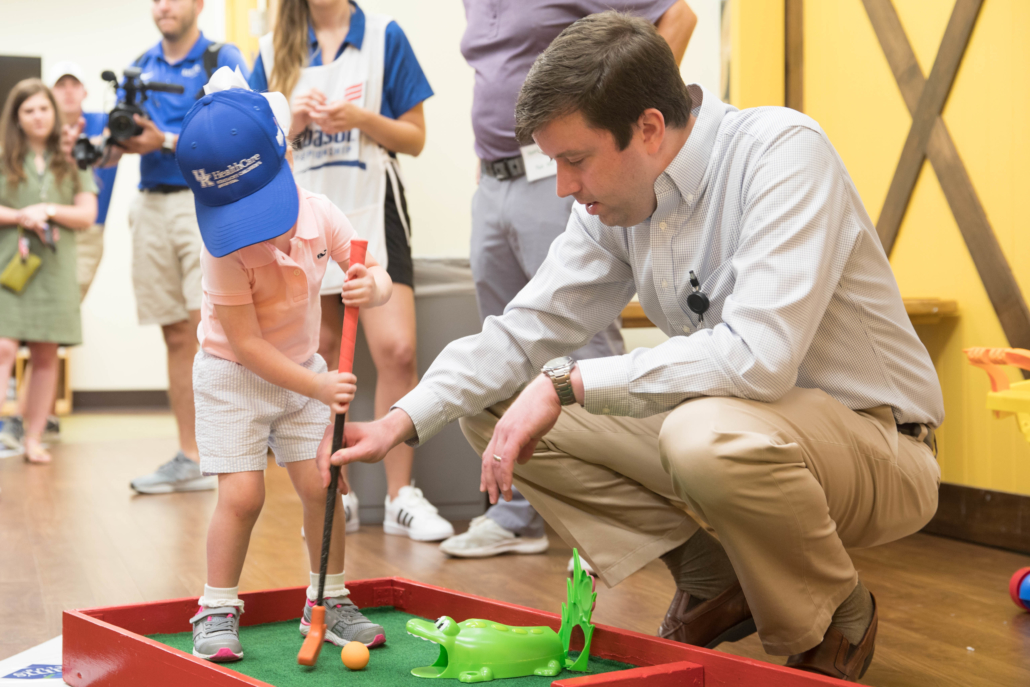 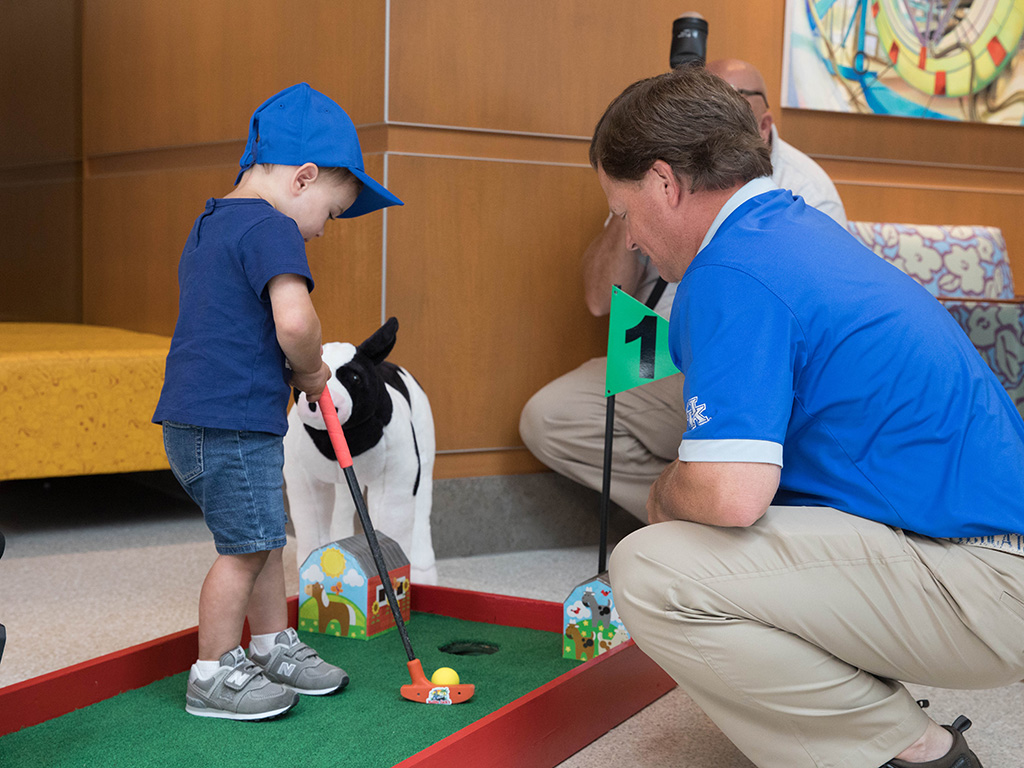 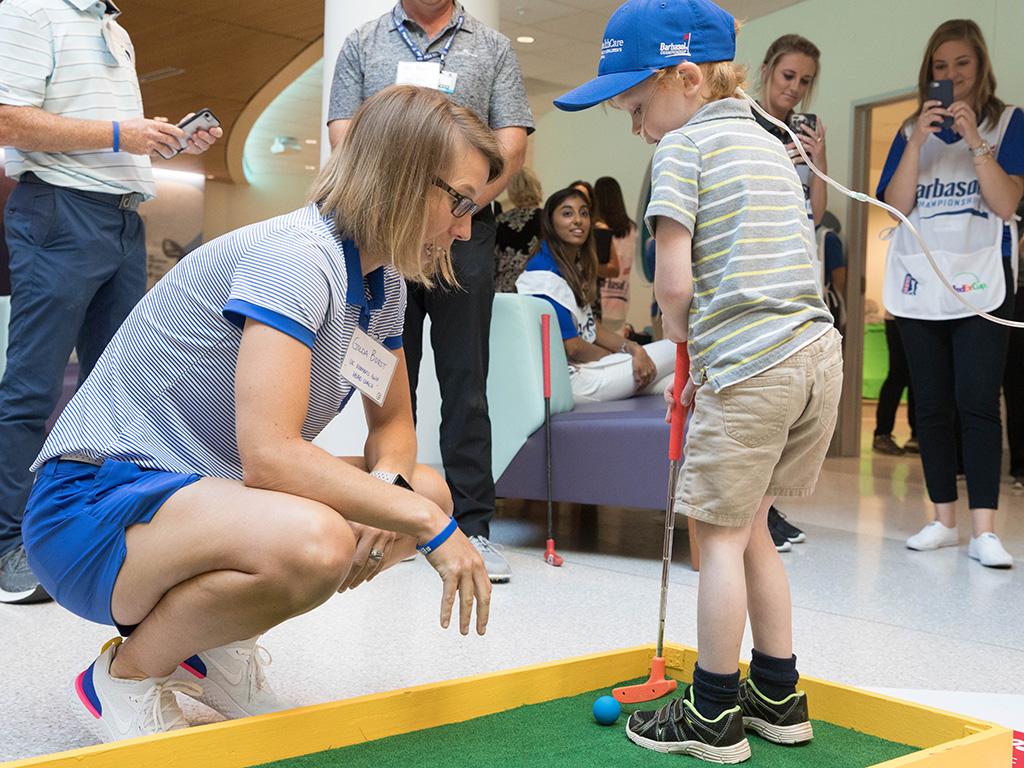 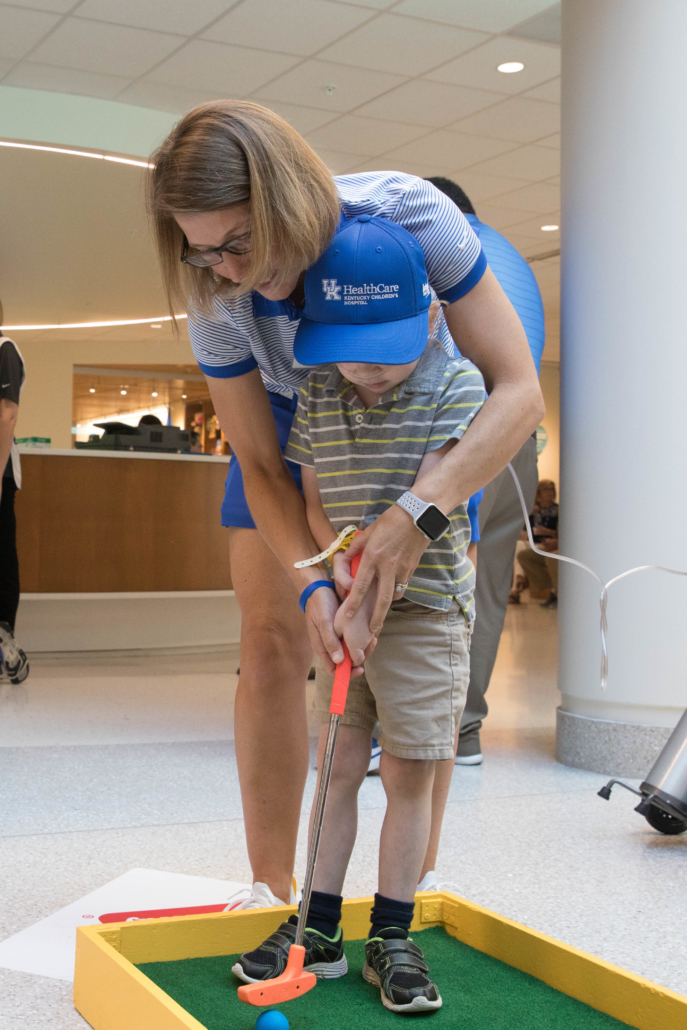 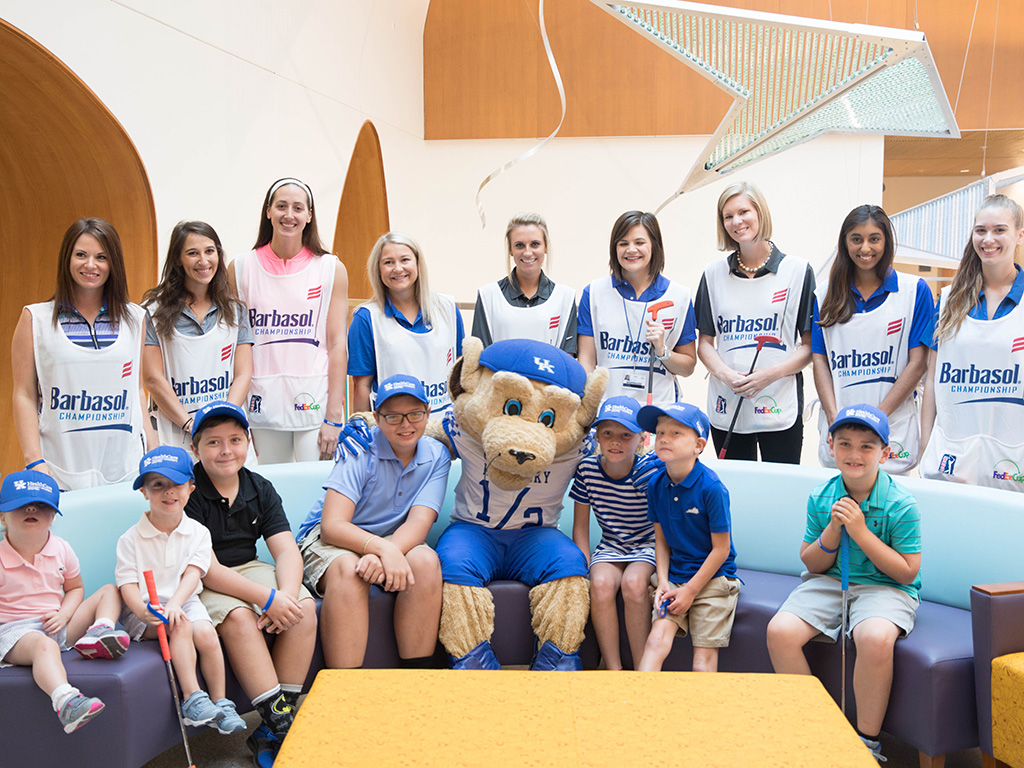