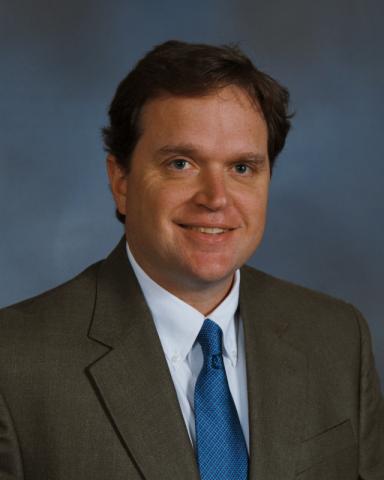 I grew up in Rochester, Minnesota. It's a small town, but it has several thousand doctors, and my dad was a pediatrician. Pretty much everybody I knew was a doctor, and it seemed like a cool thing to do.

I chose orthopaedics because of my love of sports. I wasn't a spectacular athlete, but I played a lot of sports and enjoyed being around sports. When I heard about the role of team doctors, it seemed like a good fit for me. I get to work with several of the UK teams, which obviously is a lot of fun.

I mostly treat shoulder problems. I see a lot of young athletes with instability problems and older people with rotator cuff problems and all kinds of other different shoulder abnormalities.

One of the misconceptions people have about rehab is that they'll have to work hard to push through the pain, which obviously, in certain surgeries or certain rehabs is important. But a lot of times it's almost the opposite. Once people start feeling well we have to slow them down because some things take months to heal. Commonly, my younger patients will feel "good as new" rather quickly and start pushing themselves too hard before they've totally healed. So I spend a lot of my time trying to slow people down while they're healing after surgery instead of pushing them like you do with many other surgeries.

There have been so many advancements in technology that have made arthroscopic shoulder surgery so much easier than it was in the past. We are able to see inside joints and give patients better outcomes than they would've had years ago.

We sat down with Dr. Scott Mair, an orthopaedic surgeon at UK Orthopaedic Surgery & Sports Medi…