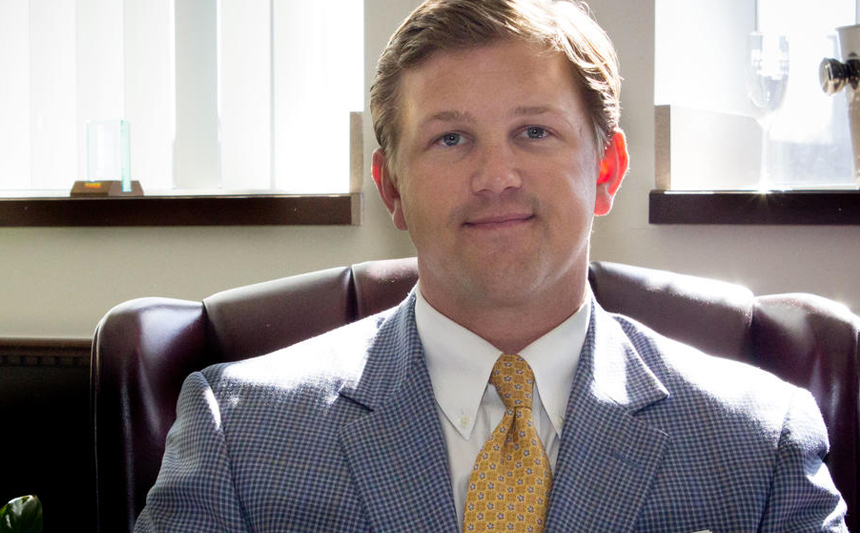 An eighth-grade field trip that ended in a serious injury created a lasting bond between Brendan Jacobson and Kentucky Children’s Hospital.

While Jacobson’s class spent the afternoon ice skating at the Lexington Ice Center, Jacobson took a spill on the ice as a classmate skated toward him. The classmate couldn’t stop in time, and the front of his skate cut Jacobson’s head.

Jacobson was taken to Lexington’s St. Joseph Hospital, where doctors stitched him up.

Later, the doctors did a CAT scan and discovered that a fragment of Jacobson’s skull was pushing in the side of his brain. Without the necessary specialists and equipment available at St. Joseph’s, Jacobson was sent to KCH.

“Everyone made me feel so comfortable, and I had no doubt that I would be taken care of,” Jacobson said of KCH.

The surgery was successful, and Jacobson still has a titanium mesh plate in the left side of his head. He lauds the doctors, nurses and staff for their expertise and for the attention he received.

‘A desire to impact KCH’

Jacobson, now the president of NetGain Technologies in Lexington, wants to give back. He joined the Kentucky Children’s Hospital executive council in 2017, and he helps with fundraising campaigns.

“It was clear from the outset that Brendan had a desire to impact KCH at a higher level,” said Bo Cofield, chief clinical operating officer of UK HealthCare. “He and his family are pillars in the community, and he is in the unique position to help engage with a younger group of professionals as we recruit and retain supporters of KCH.”

Jacobson said he wants young patients to know that they are not defined by their injuries or illnesses, and that the treatment they receive at KCH will help them grow healthier and stronger.

“I am forever grateful to the staff and doctors who helped me get through a very tough time,” Jacobson said. “Hopefully my story will be an inspiration to other children that things can get better, and they can accomplish great things in life.”