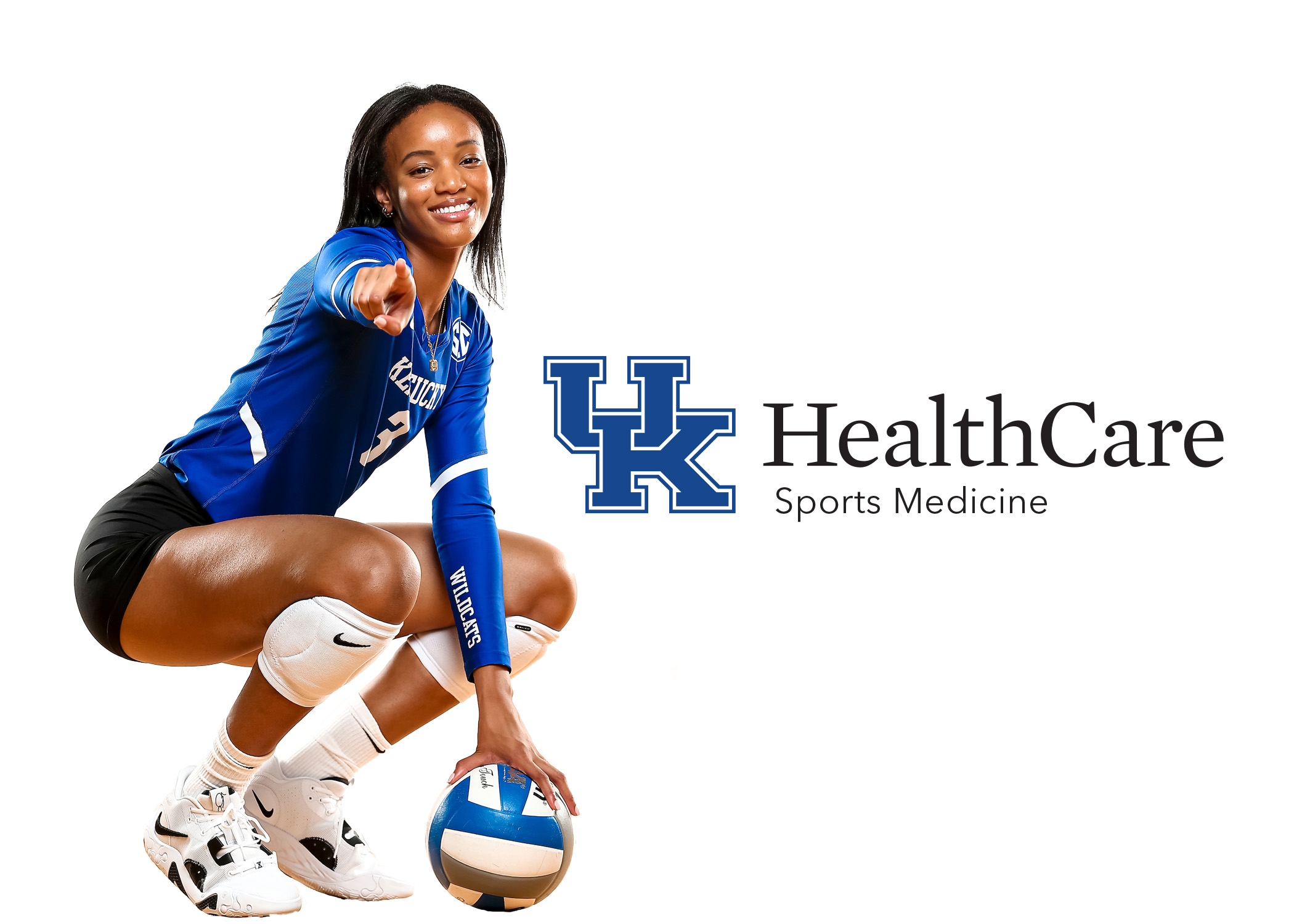 When she was 9, Jordyn Williams didn’t realize that her future would revolve around a net. She was just playing as many sports with as many friends as she could.

That little girl in Lantana, Texas, grew up to be one of the best volleyball players in the United States. A top-10 recruit and a First Team All-American in her final high school season, Jordyn could have played for any college in the country. In November 2020, she committed to play for the University of Kentucky, which just a few months later won its first NCAA national championship.

An early impression made a difference in her recruitment.

“The funny thing is, I first met Craig Skinner whenever I was 12 years old. He came to our club camp and gave me my first college letter,” Williams said. “Seven years later, now I’m here.”

Jordyn came to UK because it felt most like home to her despite 900 miles separating Lantana from Lexington. Her found family was crucial in overcoming a devastating injury suffered during her first season on campus.

'It was a hard thing to hear’

It was 10 days into preseason camp. UK, fresh off its championship season, was priming itself for another run. Jordyn, a 6-foot-2 middle blocker, was expected to contribute right away as a true freshman – if not compete for a starting job in the rotation.

The marquee recruit typically practices with intensity, but something “just didn’t feel right” that August morning. Jordyn chalked it up to general preseason fatigue.

About two hours into that practice, Jordyn went up to block as part of a transition drill. She came down, felt a snap and immediately clutched her calf. Katy Poole, the team’s athletic trainer, performed a preliminary diagnosis that was quickly confirmed by UK HealthCare orthopaedic surgeon Dr. Darren Johnson: Jordyn had ruptured the Achilles tendon on her right leg.

Now, on top of the stress that comes with being a college freshman and scholarship athlete, Jordyn had to navigate the first significant injury of her playing career – 13 hours from home.

“It was a hard thing to hear,” Jordyn said.

Dr. Johnson, who repaired Jordyn’s Achilles tendon, said the medical community has observed an uptick in injuries like hers in young people over the last couple of years. Reduced activity during the COVID-19 pandemic is a possible cause.

Repairing an Achilles rupture isn’t a complex surgery, but “the devil’s in the details,” said Dr. Johnson, a nationally recognized expert in sports medicine who’s been treating UK athletes since the 1990’s.

“Every muscle tendon unit in your body works maximally efficient because of a certain length-tension relationship,” he said. “If you do not get that perfect, then you decrease function for life. Too tight or too loose, and it will not work, and you will be forever limited in your power off that extremity for life.”

'I just feel so supported’

Following her surgery last year, Jordyn’s rehab lasted into the summer. She appeared in five games throughout the fall, recording four kills, four digs and four block assists in a reserve role.

“Jordyn worked extremely hard in recovery and rehab with Katy Poole and got herself in the best possible position to compete this fall,” UK volleyball coach Craig Skinner said. “There are obvious disadvantages to being out as long as she was, but she was able to take a day-by-day approach and get to a spot where she was competing for playing time. That isn’t easy. But she also learned how to cope with difficult situations, and I have no hesitations putting her into high-pressure situations during matches.”

Getting back into Division I volleyball shape after nearly a full year away from the action is tough, but throughout the process Jordyn found relief in her teammates, coaches and a swath of UK HealthCare providers who helped get her back on the court.

When Jordyn decided to play for the Wildcats, she never gave much consideration to the interconnectivity between UK Athletics and UK HealthCare.

“It’s nice that, as an athlete, we’re always taken care of,” Jordyn said. “Being injured and being so far away from home, my family, it’s nice to be taken care of and have my family here. I just feel so supported.”

Now closer to 100 percent, physically and mentally, Jordyn can focus her efforts on helping the Wildcats.

“Each day, I’m making myself better and I’m making my teammates better,” Jordyn said. “It’s great to be a part of this program.”