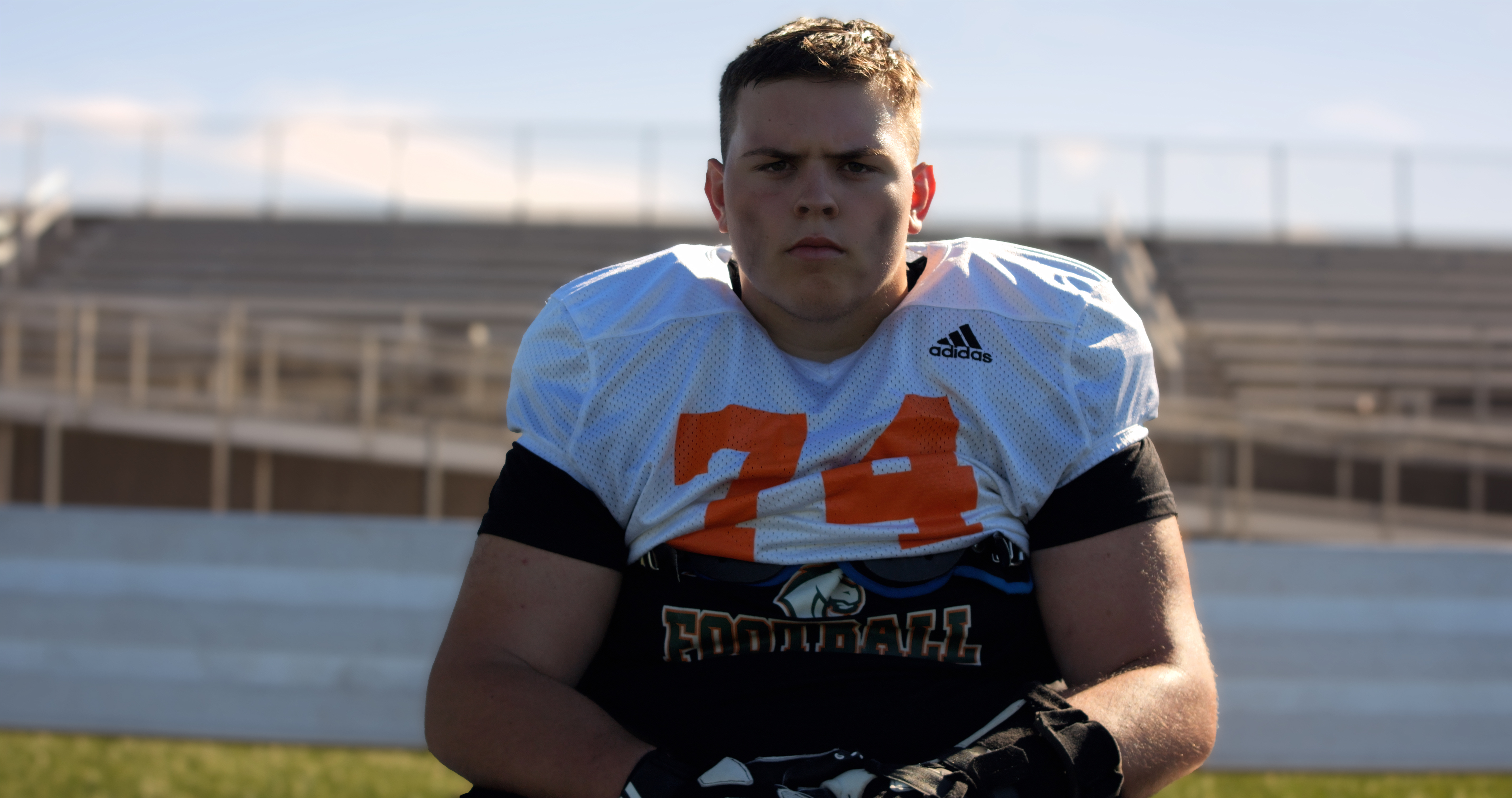 'I just wanted to get out and play football.' How the UK HealthCare Hand Center saved a senior's season.

Walker Johnson “punched” a guy and popped the middle knuckle on his left hand.

Walker wasn’t “punching” without purpose: he’s a football player at Frederick Douglass High School in Lexington, one of the premiere programs in Kentucky. A “punch,” for his purposes, is gridiron jargon for a technique used by offensive linemen to create leverage against a defender.

The punch that resulted in his popped knuckle occurred during a drill at a scouting combine in February 2022. The worst of the ensuing pain wasn’t in his hand, however, but in his wrist, which for months had bothered him.

In late October 2021, Walker injured his wrist during pre-game warmups. He played the remainder of the season through what was originally diagnosed as a badly sprained wrist. The pain would come and go, but he tried not to pay it much mind – he’s a football player, after all.

“For better or worse, I'm old school and I've taught Walker, 'If you're hurt, you play, but if you're injured, you come out,” said Michael, Walker’s father. “There's always that fine line of 'Are you hurt or are you injured?' Football's a brutal sport.”

It turns out that Walker likely played the final six games of the Broncos’ season — sporting only a wrist brace borrowed from his grandmother — with a broken scaphoid bone, a small bone near the base of the thumb. It wasn’t identified via x-ray until late February, when he was seen by Dr. Maureen O’Shaughnessy of the UK HealthCare Hand Center.

Scaphoid fractures most frequently occur from falls, and sometimes don’t present pain symptoms. It’s not uncommon for them to not show on initial x-rays, but it was clear by the time Walker entered Dr. O’Shaughnessy’s care that he was suffering from a chronic non-healing fracture.

The good news was that Walker and his family finally had some resolution about his wrist pain. The bad news: the necessary surgery and rehabilitation would prevent him from participating in spring sports and college scouting camps over the summer, and could threaten his ability to play for most of his senior season.

Key to Walker’s recovery was his adherence to doctor’s orders. He remained in a full cast for six weeks before transitioning to a removable brace, which he wore for about four months while not participating in any contact sports.

Younger patients are prone to skirt the limits in regards to their recovery timeline, and can suffer down the road because of it. Scaphoid fractures like Walker’s can cause other bones in the wrist and hand to erode, leading to arthritis and, in the most severe instances, inability to move the wrist or hand.

“I tell patients it’s like if your tires are out of alignment,” Dr. O’Shaughnessy said. “If one wheel is off-kilter, the others get worn out faster even though they’re fine. It’s the same thing in the wrist with the scaphoid bone.”

Walker’s mother, Heather, briefly played devil’s advocate: What if they waited to have surgery and Walker continued to play through the pain?

“She explained that if we don’t fix this now, even by the time he’s 30, he might lose complete use of his wrist,” Heather said. “There was never a thought that we weren’t going to do what was best for him, but y’know, the football fanatic still has to ask those questions.”

Walker hated to sit out the final summer he was able to perform for college scouts, but the long game paid off — for his wrist and his future in football. He has multiple scholarship opportunities on the table from small colleges throughout the region.

And, best of all, sticking to his recovery regimen erased his biggest concern: Walker has not missed a single game for the Broncos this fall. They’re poised to make another run to the Class 5A UK HealthCare Sports Medicine State Football Finals.

“Everybody knew that he was a football player, and that the whole goal was to get him healthy so he could start playing again,” said Heather. “We love the Hand Center.”

In addition to his hands, Walker’s leadership has been integral to Douglass’ success.

“Walker is a great young man that lives our core values of accountability, honesty, character and disciplined play,” said Nate McPeek, head football coach at Frederick Douglass High School. “He’s came back from his injury and been a positive contributor to our football team, on and off the field.”