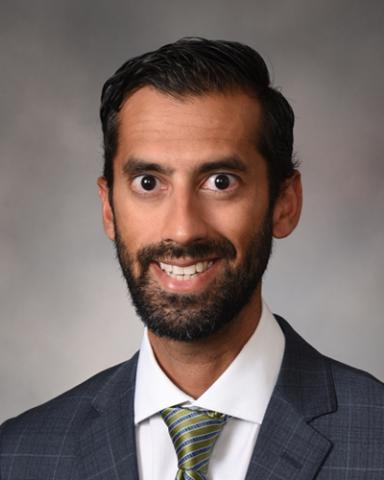 Dr. Alok Saini grew up in Memphis, Tennessee, and attended Vanderbilt University in Nashville. He then completed medical school at the University of Tennessee Health Science Center in Memphis, where he was inducted to the Alpha Omega Alpha Honor Medical Society and received a number of scholarships for academic achievement. He also received the College of Medicine’s Faculty Medal, which is awarded to the graduate with the highest academic achievement. He then went to New York City to complete his otolaryngology residency at Mount Sinai Hospital, which is known to be one of the most rigorous training programs in the country. He was awarded the Chairman’s Award, which is given to the chief resident who most embodies the ideals of academic medicine. After his residency, Dr. Saini completed a fellowship in rhinology and anterior skull base surgery at the University of Texas Health Science Center at Houston under the guidance of Drs. Martin Citardi, Amber Luong and William Yao.

Dr. Saini joined the Division of Rhinology and Anterior Skull Base Surgery in the UK Department of Otolaryngology. His clinical practice focuses on diseases of the nose and sinuses including allergic and non-allergic rhinitis, nasal obstruction, deviated septum, sinusitis, nasal polyps, cerebrospinal fluid leaks, sinonasal tumors, and disorders of taste and smell. Some of the procedures he offers patients are septoplasty, turbinate reduction, endoscopic sinus surgery, balloon sinuplasty and endoscopic anterior skull base surgery.

In his free time, Dr. Saini enjoys traveling with his wife, Lauren, and their two boys. He and his wife also enjoy trying new restaurants. He’s an avid football fan and enjoys working out.

American Board of Otolaryngology

Questions about sinusitis? This UK ENT doctor has answers.

Written by Dr. Alok Saini, a physician in the UK Ear, Nose & Throat Clinic, who specializes in …