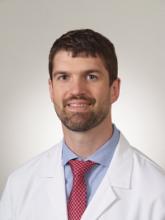 If you or someone you love has been diagnosed with a gastrointestinal stromal tumor (GIST), you probably have a lot of questions and concerns. I'm here to explain what you need to know about GIST and how it can be treated.

GIST is a type of cancer that is very different from other common cancers of the gastrointestinal (GI) tract. Unlike colon cancer, pancreatic cancer and stomach cancer, which come from glands in the lining of the intestine, GIST comes from special nerve cells in the muscular wall of the intestine. GIST can be found in almost any part of the GI tract, but it is most commonly found in the stomach, small intestine and rectum.

How common is it and who gets it?

Approximately 5,000 cases of GIST are diagnosed each year in the United States. It is slightly more common in men and can happen at any age, including childhood, but is most common in the mid-60s.

There are no known risk factors or ways to prevent GIST.

What are the symptoms?

GIST typically grows slowly and pushes other organs out of the way as it grows. Thus, many GISTs do not cause symptoms and are discovered when the patient has an imaging test for an unrelated reason.

In the patients who do have symptoms, signs include:

What types of physicians take care of patients with GIST?

Patients are often diagnosed with GIST by a gastroenterologist and are then referred to a surgical oncologist to see if they are eligible for surgery. If medication is necessary, a medical oncologist can step in.

An endoscopic ultrasound for a needle biopsy or imaging tests can be used for a diagnosis. A CT scan can also help determine if the tumor has spread.

How is it treated?

Surgery is the main initial treatment for GIST. This usually involves removing part of the stomach, small intestine or rectum, depending on where the tumor is found.

Many GISTs are cured by surgery alone, but not every tumor is the same. After surgery, the risk of recurrence is higher if the tumor:

If the tumor is very large when it’s diagnosed, is in a difficult location or has spread, chemotherapy pills called Gleevec™ (imatinib) may be prescribed to shrink the tumor so that it can be removed safely with less radical surgery.

Stomach GISTs that are smaller than two centimeters can usually be watched without treatment.

Do prostate cancer screenings do more harm than good?