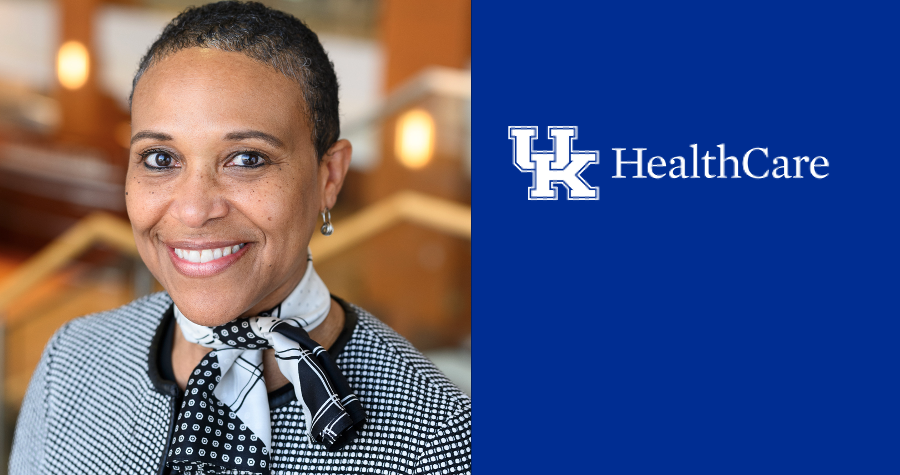 Tukea Talbert is Chief Diversity Officer at UK HealthCare, tasked with overseeing the effort to promote and expand diversity, equity and inclusion efforts across the entire enterprise.

Sometimes also called Independence Day and/or Emancipation Day, Juneteenth is recognized as the holiday commemorating the end of slavery in the United States.

In 1863, during the American Civil War, President Abraham Lincoln issued the Emancipation Proclamation, which ended slavery in the Confederate States of America. This information would not reach African Americans living in Texas until June 19, 1865, when Union soldiers arrived in Galveston, Texas. The former slaves immediately began to celebrate with prayer, song, dance and feasting.

Essentially Juneteenth (combination of the month of June and nineteenth) represents Black independence for those who identify as African American and were enslaved.

How is UK HealthCare recognizing Juneteenth?

UK and UK HealthCare recognize the Juneteenth holiday by officially acknowledging it as a university-paid holiday. UK HealthCare fully embraces the importance of Juneteenth and what it represents.

Our efforts also include this summary and other events to share information. It is important that members of the health system understand the importance of this holiday and its meaning.

The purpose of this Q&A is to educate, escalate and innovate. It is hard to reconcile matters when you do not acknowledge and understand them. It is important that people know that this is not just another day off, but to also appreciate the meaning and impact of Juneteenth.

What does recognizing Juneteenth mean for UK HealthCare?

Recognition is key to acknowledgment of the pain of the past and how its impact still exists today.

Recognition by members of UK HealthCare is an initial step in a comprehensive effort and commitment to demonstrate support for African American team members and the importance of unity.

Why is it important to recognize Juneteenth?

Recognizing Juneteenth sends a message of the importance and impact of the event and validates the importance to commemorate the abolition of slavery, which was a practice and system that had untoward impacts on African Americans for centuries.

Recognition of the holiday validates the pain and negative impacts of the practice of slavery with a shared appreciation of its inappropriateness.

Why is Juneteenth important to you?

For me, it is important because it is a first step to a journey that is still underway. It is the first step to independence for ALL people, specifically African Americans.  It was the end of an era of a type of systemic racism that was cataclysmic, traumatic and has had longstanding impacts.

Recognizing this painful past that lasted for centuries is part of healing and moving forward. It holds space to allow all of us to commemorate the ending of the establishment of slavery – something that never should have existed.

Part of allyship and advocacy is understanding the lived experience of others. Everyone should set aside some time to better understand the events of the past as well as the hope and realm of possibilities African Americans experienced on June 19, 1865.

My hope is that as a people, we can continue to be inspired to ensure social justice for all people and realize and exceed the realm of possibilities imagined by our forefathers more than a century ago.