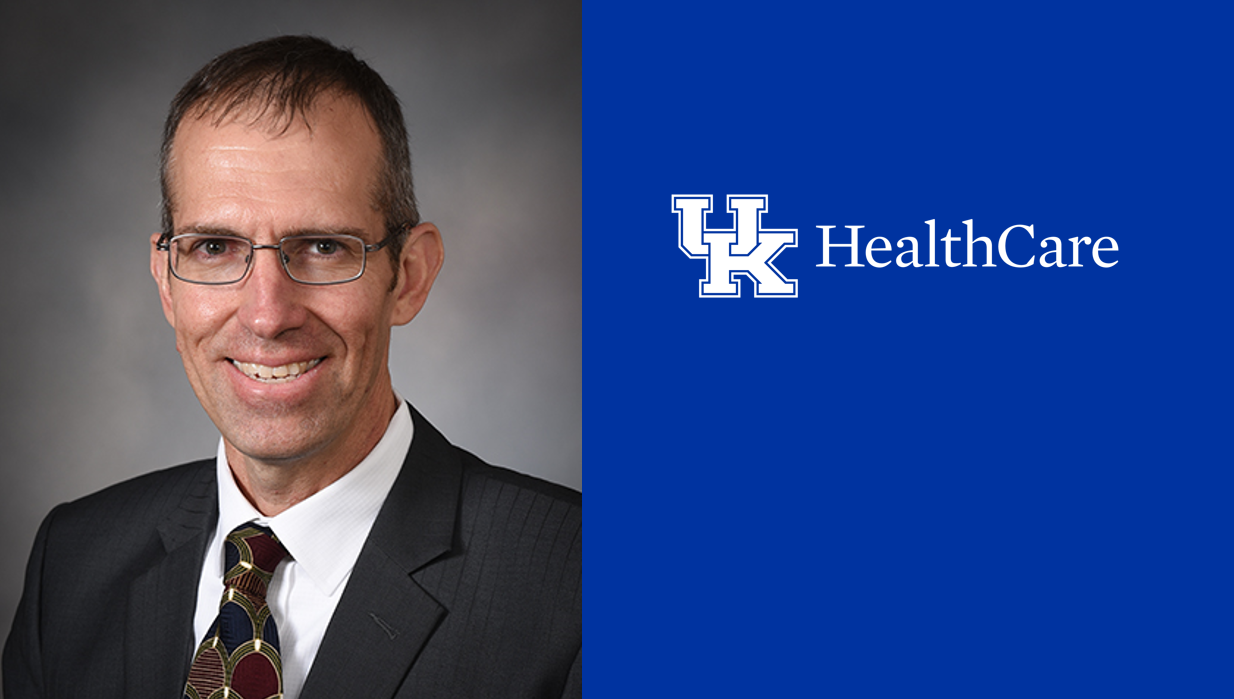 January is Cervical Health Awareness Month, a great occasion to draw attention to vital health issues that affect women throughout the world.

It is estimated that more than 13,000 women in the United States suffer from cervical cancer each year. Frequent screening, even when no symptoms are present, can help prevent cervical cancer.

We recently spoke with UK HealthCare’s Dr. Charles Dietrich, a gynecologic oncologist who is a member of the Society of Gynecologic Oncology and a board examiner for the American Board of Obstetrics and Gynecology, about the best approach for maintaining cervical health.

Dr. Dietrich is a graduate of the United States Military Academy and joined the UK Markey Cancer Center Division of Gynecologic Oncology after retiring as a colonel from the U.S. Army.

What are the best ways for women to monitor their cervical health and at what age should it become a concern?

Awareness of cervical health is important for women, and intermittent pelvic exams can help optimize wellness. Primary indicators of a potential problem can include an abnormal vaginal discharge, odor, or irregular bleeding such as spotting between menstrual cycles or after vaginal intercourse. Any bleeding after menopause should also be investigated. Guidelines for cervical cancer screening have evolved over the years as more knowledge has accumulated on the disease process. In general, women should begin having a conversation with their primary providers at age 21 on the best time to start screening.

What are the most common cervical issues women might face?

Several conditions can affect the cervix during a woman’s lifetime. Sexually transmitted infections such as gonorrhea and chlamydia can be asymptomatic in women, so the CDC recommends screening for all sexually active women under the age of 25 and for those older than 25 who are at increased risk. HPV infections are also usually asymptomatic, but can lead to cervical dysplasia and, ultimately, cervical cancer if not addressed. Fortunately, cervical cancer is becoming an uncommon malignancy in the United States due to screening and HPV vaccination, and incidence rates have been declining for many decades.

What's the process like for a cervical exam and how often should women get examined?

Pelvic exams are a critical part of optimizing a woman’s health. Importantly, women should realize that the pap smear is only one component of the pelvic exam, and the interval for each may be different. Most obstetricians and gynecologists still recommend routine pelvic exams once women become sexually active to find possible signs of vulvar problems, ovarian cysts, sexually transmitted infections (STIs), uterine fibroids or early-stage cancer. Governing organizations have endorsed various guidelines for cervical cancer screening that include both the pap smear and HPV testing. Most organizations recommend that screening begin at age 21, with the pap test every three years. After age 30, HPV co-testing can be utilized to extend the screening interval to every five years. However, primary HPV screening every five years beginning at age 25 is becoming a common strategy. Ultimately, the decision on the frequency of pelvic exams and pap smears should be a shared decision between the patient and their health-care professional.

During a pelvic exam, the cervix is directly visualized by using a speculum. A pap smear and STI cultures may be collected at this time. The cervix and uterus with surrounding support tissues are then palpated during the bimanual exam to assess for any abnormalities. This exam should not be uncomfortable and typically only takes a few minutes.

What are the risk factors for cervical cancer?

All women are at risk for cervical cancer, especially those over age 30. Kentucky has a higher cervical cancer burden than most states, with an incidence of 9.6 cases per 100,000 women.

HPV infection is the most important risk factor for cervical cancer. There are over 100 different types of HPV, but 14 high-risk strains cause the majority of cervical cancers in the United States. Most sexually active people have been exposed to HPV. Fortunately, 85-90 percent of these infections are cleared by an individual’s immune system.

Other factors that increase the risk for cervical cancer include:

2 – Sexually active at age 15 or younger

How can women reduce their risk of cervical cancer?

Cervical cancer is highly preventable because screening tests and vaccines are available and effective. If cervical cancer is identified early, it is very treatable with long survivals expected. Unfortunately, advanced cervical cancer is more difficult to manage, and the treatment options have significant impacts on quality of life.

HPV vaccination has the greatest potential to eliminate cervical cancer risk, and several countries around the world are on track to eliminate cervical cancer from their populations in the next decade. In the United States, Gardasil-9 is the main vaccine available. Routine vaccination is recommended for both girls and boys at ages 11-12 years, and a two-dose series can be given 6 to 12 months apart if completed before age 14. Vaccination is most effective if completed before age 26, but can be given up to age 45 with shared clinical decision making.

The effectiveness of HPV vaccination has been astonishing. A recent Danish study published this year showed an 86 percent decrease in cervical cancer among the youngest vaccinated patients (age 16 and under). For many reasons, vaccine acceptance has been challenging. In Kentucky, only 45 percent of eligible girls age 13-17 have been vaccinated, which is one of the lowest rates in the country.

UK Healthcare has a robust staff of primary care providers who are available to assist women in their recommended healthcare needs. In addition to family medicine, internal medicine, and obstetrics and gynecology, UK Healthcare has the largest Gynecologic Oncology division in the region, with six full-time providers. We offer the advanced surgeries required to manage cervical cancer, and coordinate chemotherapy and radiation treatments. Our division is also expanding outreach efforts into local communities distant from Lexington to help with the logistical challenges of travel.

Is there anything else you'd like people to know about cervical health?

Cervical health is an important aspect to a woman’s care, and there are increasing options to optimize wellness with enhanced screening and HPV vaccinations. Having seen the dreaded impacts of advanced cervical cancer in many patients over the years, I am cautiously hopeful that I will see cervical cancer eliminated in Kentucky in my lifetime.

Parents, here's how to protect your kids against cervical cancer