He’s a world-class powerlifter who has been in the game for nearly 40 years, winning a world championship in 2013. At 65 years old and 145 pounds, this former gymnast and 22-year Air Force veteran can currently squat 425 pounds – almost three times his own body weight. And next week, he and his wife, Cathy – a decorated powerlifter as well – will be in Mongolia competing for yet another title at the World Powerlifting Championships.

This alone would be impressive enough, but Joe’s strength isn’t just limited to the raw, physical kind. Last year, he was diagnosed with a small bowel neuroendocrine tumor with metastasis to the liver, a rare disease he’ll likely contend with for the rest of his life.

His symptoms began as minor annoyances – some gastrointestinal issues he controlled with diet, his skin flushing red on a regular basis. As a lifelong athlete, he notes that he was pretty in tune with his body.

“I would lie back and palpate my abdomen, and I could feel something wasn’t right,” Joe said. “That’s really what made me seek some medical treatment rather than just blowing it off.”

A visit to several physicians in Cincinnati and a slew of testing yielded bad news: Joe had softball and golf ball-sized neuroendocrine tumors in his liver and bowel. It was an especially tough blow for the Marksteiners, who lost their teenage daughter to lymphoma 16 years ago.

“You feel like life has dropped you through a trap door, and you’re waiting for what’s going to come next,” Cathy said. “It’s fear of the unknown.”

Joe added: “Your first reaction is, ‘Oh crap.’ But I knew there were treatments, there were possibilities, and while it was daunting to go into that, I didn’t feel like it was the end of the world.”

In March 2017, Joe was referred to the UK Markey Cancer Center’s Dr. Lowell Anthony, who specializes in neuroendocrine tumors and cancer. Cathy, a retired firefighter-paramedic, says they were immediately impressed with the time Dr. Anthony took to talk them through their diagnosis and treatment options.

“We really wanted to be educated and participate in the medical decisions,” Cathy said. “You can’t make informed decisions if you’re not educated. Dr. Anthony not only excelled at that, but he did it compassionately and comfortably.”

In the past year and a half, Joe has undergone a barrage of chemotherapies and procedures at Markey to shrink and/or eliminate his tumors. Treatment began with a self-injected octreotide to clear his symptoms. Then came everolimus, an oral chemotherapy. So far, he’s had two embolizations of the liver – right lobe, then left – to kill the blood supply to the tumors.

This past December, Markey surgical oncologist Dr. Michael Cavnar performed surgery to resect the root cause of Joe’s problems – a 1.5 centimeter primary tumor on his small intestine. Additionally, fourteen lymph nodes, two of which were cancerous, were removed. Roughly 3 feet of his small intestine was removed in total, as was Joe’s gallbladder, an organ commonly damaged by octreotide.

For six weeks following this major surgery, the man who could pull a 400-pound barbell from the floor was given strict orders to lift no more than five pounds at a time – an order he accepted without question, though he was eager to get moving again.

“Joe is extremely motivated,“ Cavnar said. “On post-op day one after a big open surgery, he was practically jogging laps around the hospital ward.”

Once he was cleared for more strenuous exercise, Joe says he was eager to get back in the groove.

And just six months later, he and Cathy competed in USA Powerlifting Open Nationals, earning their bids for Mongolia. Joe credits his quick recovery to his overall healthy lifestyle, a sentiment Cavnar echoes.

“There is no doubt that being healthier and physically fit improves the recovery process,” Cavnar said. “Joe follows instructions to a ‘T’ and is always prepared to do anything he can do to improve faster.”

Though he’s not quite back to full capacity, Joe said he’s feeling good about his progress.

“You know, I’m not 100 percent yet,” Joe said. “There have been some distractions and detours, but for the most part I’m back on track from before my diagnosis.”

When he returns from Mongolia, Joe will undergo another embolization to further shrink the metastatic tumors in his liver. He hopes to be able to stop taking his oral chemotherapy, although he will need to continue monthly octreotide injections for the rest of his life.

But in the meantime, he and Cathy are grateful to have the chance to continue to pursue the hobby they love – the two have been training together four to five times a week and competing since the early days of their marriage four decades ago.

“Dr. Cavnar and Dr. Anthony are very clear – we’re probably not going to have ‘cure’ in our vocabulary, but ‘control’ is our big ‘C’ word,” Cathy said. “Joe has been able to return to do something that allows him quality of life. He was a prior world champion, so to be able to return to the world competition stage again is like, ‘I can live with this.’”

As for his chances at another title in Mongolia? Dr. Anthony is definitely Team Marksteiner.

“Joe and Cathy have shown an incredible amount of determination, desire and dedication to dealing with this malignancy,” Anthony said. “It mirrors their competitiveness in being aggressive and willing to set new records.”

And Joe’s feeling pretty good about it, too.

“Well, I have seen my numbers and I’ve seen my competitions’ numbers, and I have a shot at possibly winning the world championship,” Joe said. “It all depends on how good of a day I have, and I’m going to give it my best shot.” 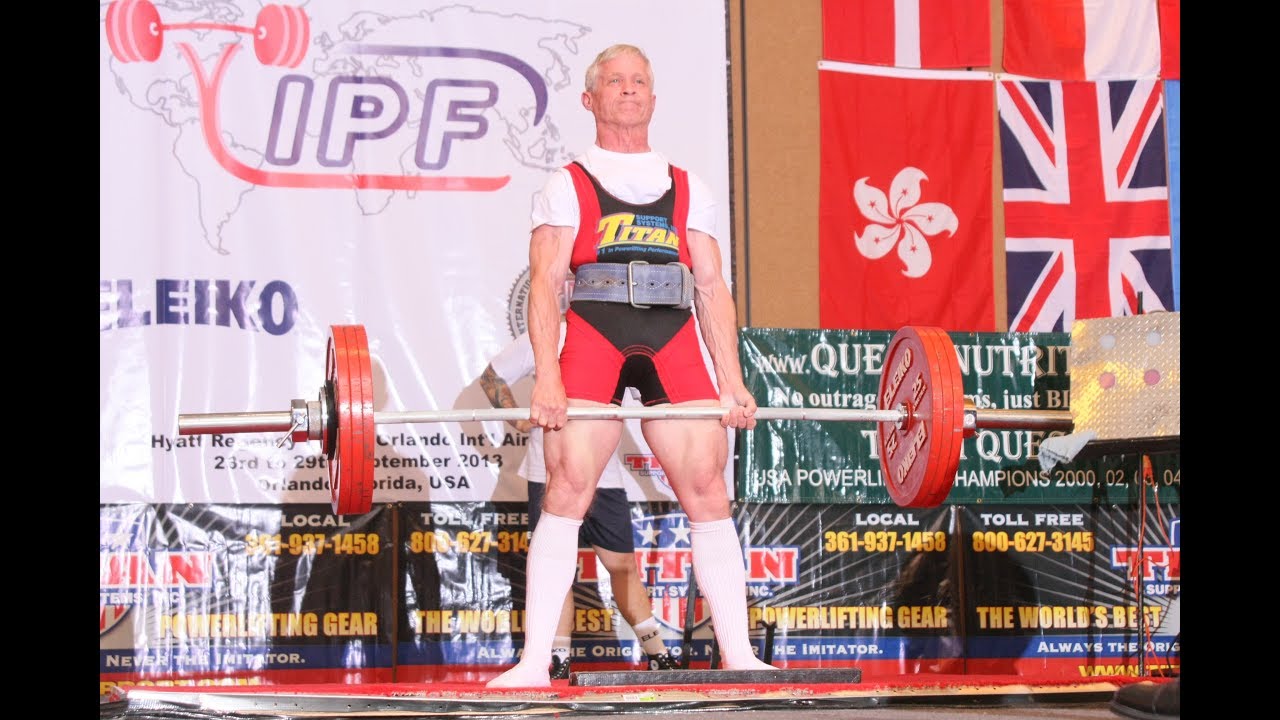