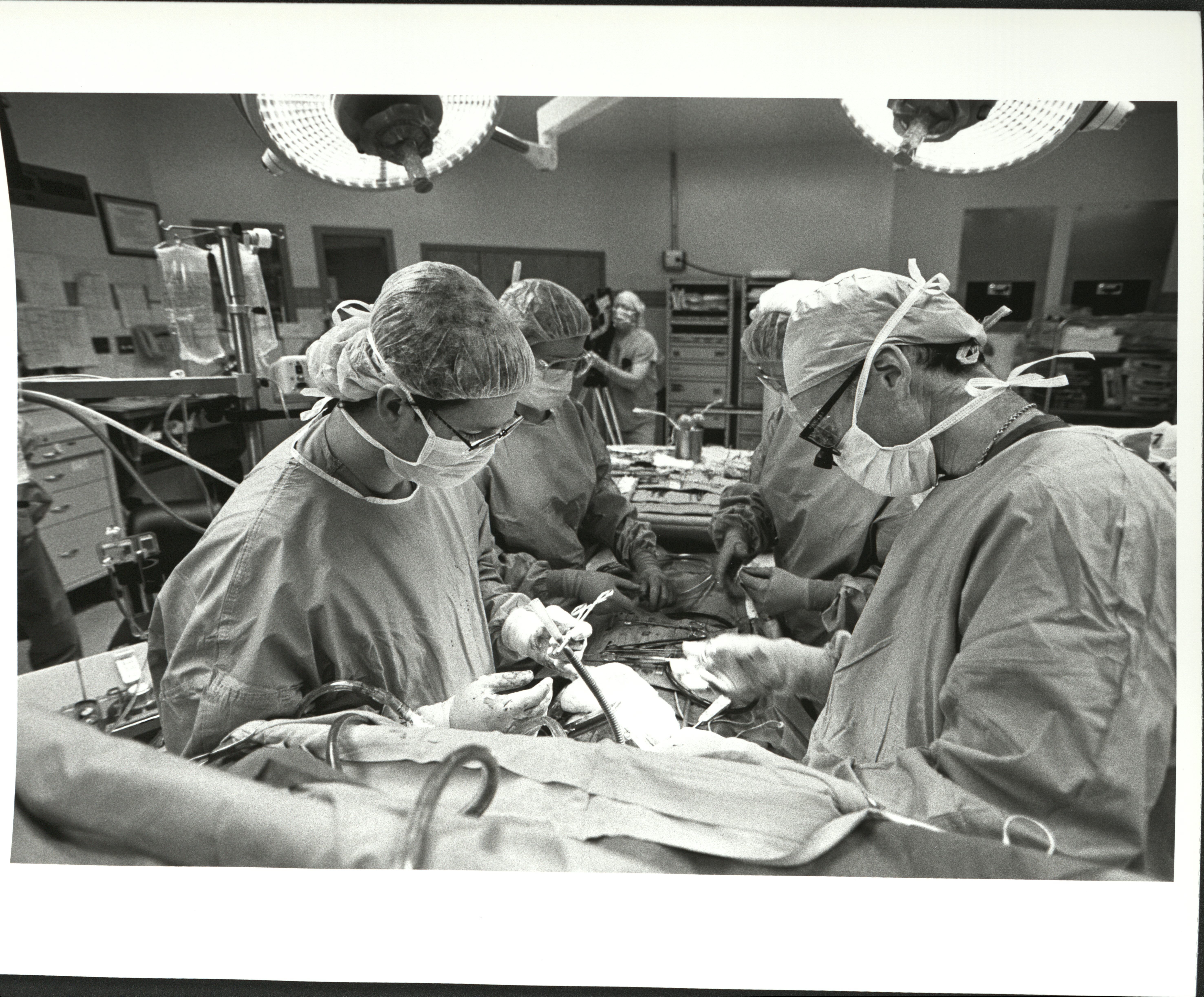 Recently, the U.S. recorded its one-millionth organ transplant – more than any other country — marking a major milestone in transplant history. The country’s first successful organ transplant was performed in 1954 in Boston, when a 23-year-old twin donated a kidney to his brother.

A decade later, UK Albert B. Chandler Hospital performed the first transplant in Kentucky — a successful kidney transplant in 11-year-old Jack Wynn — kicking off an era of transplant expertise in the Commonwealth.

“It is such a meaningful milestone, each one of the million is a person who has returned to their families, communities and workforce through the gift of life,” said Roberto Gedaly, director of the UK Transplant Center. “However, over 100,000 Americans are still waiting on a transplant, so the work cannot stop here. UK is committed to continuing to expand access for patients throughout the region.”

While today UK HealthCare is a recognized leader in transplantation, in the 1960s, it was new medical territory. There was no system to match those in need with compatible donors. Donated organs often went unused because transplant teams could not quickly identify recipients. However, it was not long before UK distinguished itself, helping to establish industry guidelines and standards along the way.

“Since 1964, UK has performed more than 5,500 transplants, partnering with our patients to give them a second chance,” Gedaly said. “We are proud to contribute to this milestone.”

Here are just a few of our patients who have received the gift of life:

‘Three days before Christmas, I got a phone call’

When Danny Roberts’ liver was failing, he began to lose hopes of receiving a donor match.

“Death didn't scare me. I’d pretty much come to terms that I was going to die and not get a transplant. And then three days before Christmas, I got a phone call.”

‘A chance at life’

When Julie Tate needed a kidney, a stranger volunteered, took a chance and saved the young girl’s life.

“Because of donors like Jennifer, kids like Julie can have a chance at life,” said Dr. Malay Shah, who led Julie’s transplant.

‘We're in this together’

When Fred Noe, Master Distiller at James B. Beam Distilling Co. met coworker DeeAnn Hogan 25 years ago, he had no idea that she would become his organ donor one day.

“We’re in this together, and we always will be,” Fred said. “The gift she gave me is happiness and good health for the rest of my days.”