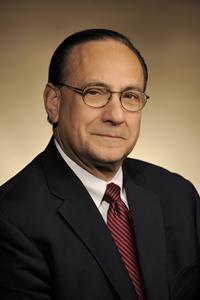 Thomas C. Tucker, PhD, MPH, is the Senior Director for Cancer Surveillance at the University of Kentucky's Markey Cancer Center. For nearly 20 years he served as the Markey Cancer Center's Associate Director for Cancer Prevention and Control, Director of the Kentucky Cancer Registry, Principal Investigator for the National Cancer Institute’s Surveillance Epidemiology and End Results (SEER) program, and Principal Investigator for the Centers for Disease Control and Prevention's National Program of Cancer Registries (NPCR) in Kentucky. He was the founding chair and is a professor in the Department of Epidemiology at the University of Kentucky’s College of Public Health. He is an internationally recognized population scientist with more than 45 years of experience in cancer surveillance and cancer control research. Dr. Tucker was elected as one of two North American Representatives to serve on the International Association of Cancer Registries' Board of Directors and he is a member of the Advisory Board for CONCORD-2, an international study of cancer survival in 67 countries. He is a past President of the North American Association of Central Cancer Registries (NAACCR) and in 2002 he received NAACCR’s highest honor, the Calum Muir Award, for lifetime contributions to the science of cancer surveillance. His research is focused on disparities in the burden of lung, colorectal, breast and cervical cancer with an emphasis on rural and Appalachian populations. More recently he has been engaged in research using the population-based cancer registry as a Virtual Tissue Repository.

The Kentucky Cancer Registry (KCR) has received a $2.6 million contract from the National Cancer In…