Every day, families from across Kentucky and across the country trust Kentucky Children’s Hospital to care for their kids.

But the real proof of our impact doesn’t come from rankings—it comes from the families we care for. Here are just a few of their stories. 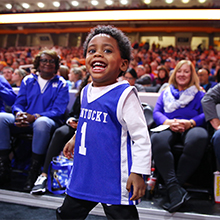 When Coach Kyra Elzy’s two-year-old son, Jackson, suddenly couldn’t walk, she rushed him to the Makenna David Pediatric Emergency Center at Kentucky Children’s Hospital. Emergency surgery revealed that bacteria from a cold had made it into Jackson’s bloodstream—and caused an inflammatory response in his hip. It took a team of orthopedic and infectious disease specialists to get him back up on his feet and playing again. 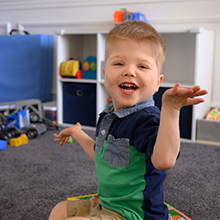 “As sick as you could be and still survive.”

Claire and Daniel Polston hadn’t even taken birthing classes when Claire went into labor at only 23 weeks. Everett spent the first year of his life in the NICU, where he faced complications, surgeries, and setbacks—as well as progress and milestones that were unimaginable when he was born. 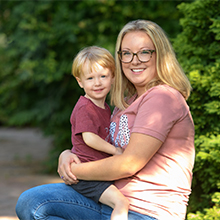 Jeremiah Brinegar was a Kentucky Children’s Hospital patient before he was even born. Diagnosed in utero with a heart defect, he underwent heart surgery when he was just a few days old. Today, his doctors describe him as a “one of our congenital heart disease superheros—unless you saw the scar on the front of his chest, you wouldn’t know it.” 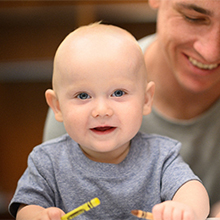 “Nothing felt quite right until we came here.”

After Arlo Yost was born missing two toes on his left foot and the fibula in his left leg, his family started a cross-country search for the right team for him. They found it at Kentucky Children’s Hospital’s nationally ranked pediatric orthopedics program. 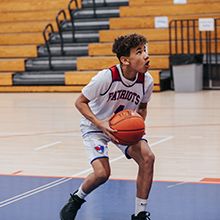 “This is not asthma. He needs to go back.”

AJ Dunn had a hard time breathing anytime he had pressure on his chest. His family thought he had asthma. It took a visit to the Congenital Heart Clinic at Kentucky Children’s Hospital to get the real diagnosis: a heart defect that often goes unnoticed until it’s too late. 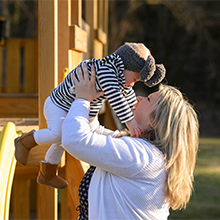 MaKenzie Baker arrived three months early after her mother had a seizure while pregnant. MaKenzie spent the next 110 days in the NICU at Kentucky Children’s Hospital—battling pneumonia, undergoing heart surgery, and steadily gaining enough strength to finally come home.

Would you like an appointment? Request using our secure form.