“You better come here and get an opinion”

John Calipari is known for being one of the most active and animated coaches in basketball. But in 2014, Coach Cal was in excruciating pain. That’s how he knew it was time for his second hip replacement surgery—and he knew he wanted it to happen at UK HealthCare’s Orthopaedic Surgery & Sports Medicine. Thanks to their innovative approach, Coach Cal’s recovery was much quicker and less painful than his first hip replacement, and he was able to get moving again soon after surgery. Today, he’s back to his signature pacing up and down the court—pain-free and ready to lead the BBN.

Elite Care for All

Coach Mark Stoops is known for being just about as active as his players on the field. He has struggled with pain in his knee since his college days. As the years went by, it started taking a toll on his life and his active career. In 2015, he made the decision to undergo knee replacement surgery at UK HealthCare’s Orthopaedic Surgery & Sports Medicine program, with Dr. Jeff Selby taking the lead on the surgery. After a six-week recovery process, Coach Stoops was finally pain-free for the first time in years. Today, he’s as active as ever, and grateful for the care he received at UK HealthCare. “I've led a much healthier life and been a lot better off since I've had the surgery done. The doctors and the surgeons, they are the real heroes over there.”. 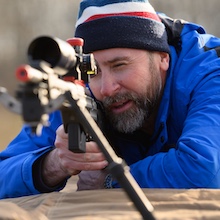 "My hand... or the national championships?"

For the last six years, Addison Mohler has competed on a national level, and has been a member of the U.S. Rifle Team since 2018. But after he hurt his wrist while building a treehouse for his daughter, the injury threatened his chances at competing in the national championships.

For some football players, one shoulder injury can be career-ending—much less two at the same time. But after he tore both labrums, Jacob refused to give up. He underwent back-to-back surgeries with the team at UK HealthCare’s Orthopaedic Surgery & Sports Medicine, then overcame the odds to play two more seasons at UK and nine seasons in the NFL. Even in his post-NFL life, he’s putting his shoulders to the test as a cattle farmer—and they’ve stayed strong through it all.

“Grow from it, learn from it, and come out better”

At the height of Arin Gilliland Wright’s spectacular college soccer career, she suffered every athlete’s worst nightmare. While playing for the University of Kentucky, Arin tore her ACL, putting her lifelong dream of playing professional soccer in jeopardy. She turned to Dr. Darren Johnson and the team at UK HealthCare’s Orthopaedic Surgery & Sports Medicine to help her get back in the game she loved. Arin’s determination helped her get through surgery and months of grueling physical therapy—and she succeeded. She returned to the field with a new fight in her, becoming UK’s first player drafted to the National Women’s Soccer League. Now she’s stronger than ever, and she’s living her dream.

Coach Matthew Mitchell is well known for his relentless energy—whether he’s coaching a game or dancing at Big Blue Madness. But when he injured both his knees in the span of eighteen months, Coach Mitchell turned to UK HealthCare Orthopaedic Surgery & Sports Medicine to help him regain that active life. “You don’t want those things to happen, but when they do happen, it's good to know that you have someone who's going to get you back in the game and get you back up going,” Coach Mitchell said. “I am active and feeling great now and have two healthy knees, and it's because of how well they've taken care of me.”

After being named Eastern Conference Rookie of the Year and transferring to UK, Ogechi Anyagaligbo suffered a season-ending injury. With the help of Dr. Mair, Ogechi was able to return to the court and play two more seasons and end her college basketball career strong.

After a devastating hand injury nearly ended her volleyball career, UK’s Alli Stumler, went on to play for the USA Collegiate National Team and has returned to play with the Wildcats.

During practice in her freshman year, University of Kentucky Gymnast, Mac Harman’s left leg locked and she snapped her PCL, tore her LCL, tore her meniscus and broke her tibia. Thanks to UK Gymnastics team doctor and UK HealthCare Orthopaedic Surgery & Sports medicine physician, Kimberly Kaiser, and surgeon Darren Johnson, Mac was able to return to competition.

“I had to learn how to walk again”

University of Kentucky diver, Jaida Garret was told by UK Swimming & Driving team physician and UK Orthopaedic Surgery & Sports medicine doctor, Kimberly Kaiser, MD, that her bones were so fragile that her next jump could have shattered her leg. After a successful surgery and learning how to walk again, Jaida is finishing her senior year on the UK Swimming & Diving team strong.

“What was done for me, I want to do for others”

For Wildcat and current Assistant Coach for the University of Kentucky Women’s Basketball team, Amber Smith uses her experience as a player and injured athlete to help inspire players to overcome challenges they face.

Staying on Her Toes

Emma Delmore was a competitive diver at the University of Kentucky. During practice, her knees buckled and she landed hard on concrete. Her pain was so severe she unable to walk and ended up in casts and a wheelchair. Emma recovered and was able to return to diving before the end of her senior year. Emma was diagnosed and treated by team physician and UK HealthCare Orthopaedic Surgery & Sports Medicine physician, Kimberly Kaiser, MD.

“You never know when it’s your last down”

University of Kentucky quarterback, Terry Wilson remembers the exact moment he was injured. He said the stadium went quiet and his team mates were telling him they were praying for him. Terry’s road to recovery started with surgery performed by UK Orthopaedic Surgery & Sports Medicine and UK Football team physician, Darren Johnson, MD.